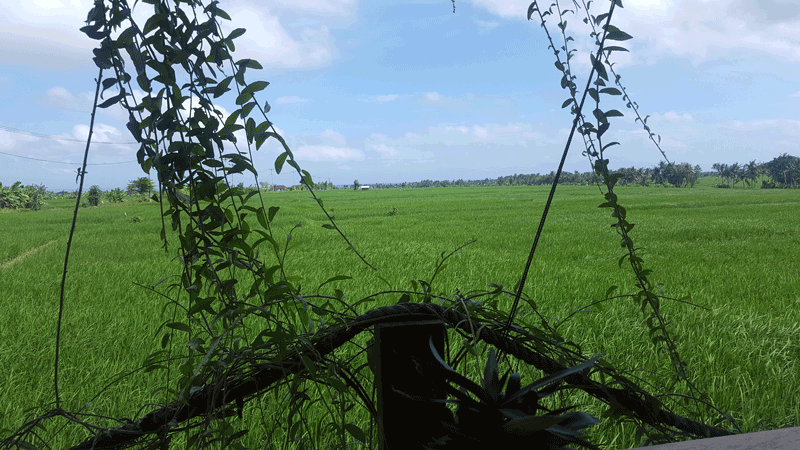 North Kuta authorities stopped the construction of road project in Banjar Uma Desa, Canggu on Monday after they saw that the road was being built on green belt. They suspected that the road would be used for villa construction. The temporary stop was implemented after Badung Community Police (SATPOL) received a report and began an investigation.

The Head of North Kuta Sub-District, Anak Agung Ngurah Arimbawa, said that he stopped the road construction that was passing through the farm area because the road violated the green belt zone regulations. Also, there were indications that housing would be constructed in the same green zone. So, he and village authorities decided to stop the construction to avoid any disputes in the future. “We held a meeting to decide what step we should take next and finally decided to stop all road construction activities until we get a new decision,” he said to nusabali.com on Monday.


Arimbawa said that he had questioned the workers who were constructing the road and they said that the road was to access an agro park which would be in the middle of the green zone. However, Arimbawa didn’t believe this and predicted that someone would build something more substantial in the area because there was already a farmer’s dirt track in the area.

Arimbawa also said that he didn’t know who owned the land, but it was said that the land owner was from Denpasar. “I don’t know the identity of the land owner, I received information that the owner is an Indonesian citizen. I believe that something was going to be constructed in the area. That’s why they constructed an asphalt road, even though there has been a farmer’s path in that area already,” he added.

He explained that his side could not stop the construction because it should be done by SATPOL officers, but he ensured that his side will coordinate with related parties to monitor the temporary stop to prevent any activities in the area. “We will intensify the monitoring process, we have held a meeting with the village head and the head of community to discuss about this,” he concluded.

“I heard a rumor that the land would be used for villas or residential. All of them should be certified, including the road,” he said. He also said that his side will ban the construction totally if they find out that they have violated any regulations.