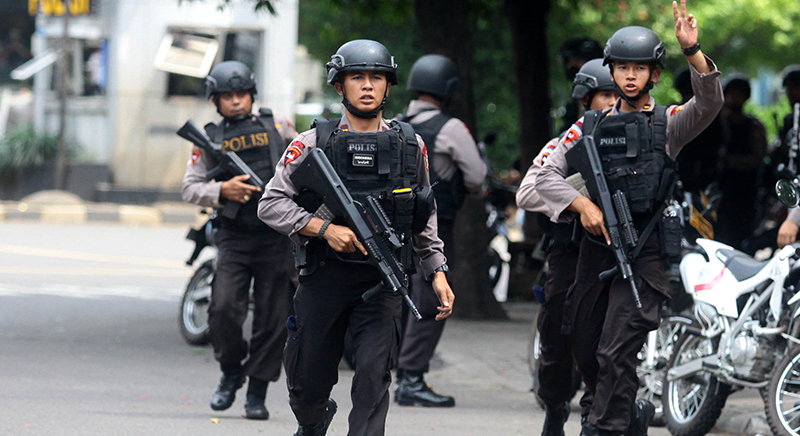 After several bombs exploded in Surabaya on Sunday morning, the British and Australian governments issued travel advisories last night to their citizens who are in Indonesia or plan to visit. And there were more bombs this morning.

The British Foreign and Commonwealth Office (FCO) said that people within the immediate radius of the crime scenes must monitor the local media, always be cautious, and follow the advice from local authorities, as quoted by viva.co.id this morning.

The Australian government warned its citizens of the increased risk of follow up attacks before or during Ramadhan (which starts Wednesday night, May 16. Ed),” said the travel warning, as quoted by viva.co.id from smartraveller.gov.au on Monday.

Not only for Surabaya, the Australian government also issued a warning for its citizens in Bali. “Our advice has not changed, including Bali. Higher levels applie to several parts of the country,” said the statement.

The level was already raised for Bali last week when Islamist militant prisoners murdered five Detachment 88 police during a riot in a high security prison in Jakarta. Another officer was kept hostage during a 36 hour siege.

In a sudden flare up of terrorist activity, yesterday, Sunday morning, suicide bombers detonated bombs in three Surabaya churches killing (now stated to be) 17 people and injuring 43. The six suicide bombers are said to be from the same family; the two parents and four children aged between nine and 18 years old. According to reports, the family had been recently deported from Syria.


Last night police tracked down further terrorists and raided a house in Wonocolo, Sidoarjo, near Surabaya, where police shot a man dead and two people, the man’s wife and child, were killed when a bomb exploded inside the apartment, allegedly by accident.

Police also shot dead four suspected terrorists in West Java early Sunday morning, about four hours earlier than the Surabaya incident. They secured firearms and other weapons from the suspects who according to police were suspected of intending to attack a police station.

Again, this morning in Surabaya, two motorcycles pulled up at the security check point at the entrance of Surabaya Police Headquarters (Mapolrestabes Surabaya) and detonated bombs, killing themselves and injuring 10 people including four policemen. Images and video of the scene have been flooding social media since.

It was confirmed this afternoon by National Police Chief, Gen. Tito Karnavian that the suicide bombers in the Mapolrestabes Surabaya incident totaled five people and again, it was an entire family. An eight year old daughter was thrown from one motorbike, surviving the explosion and is still in hospital.

As the Sydney Morning Herald pointed out, in total 13 people with links to Islamic State-inspired Jemaah Anshorut Daulahare (JAD), the group police believe is responsible for the Surabaya attacks, are now dead – six at the churches, four at the police station and three in the apartment building.

Meanwhile, security at the Port of Ketapang, Banyuwangi, being the land and sea gateway to Bali from Java, has been tightened with dozens of extra police and sniffer dogs.

According to Kompas, every motor vehicle crossing to Bali is being searched thoroughly, with all identity cards and luggage being checked.