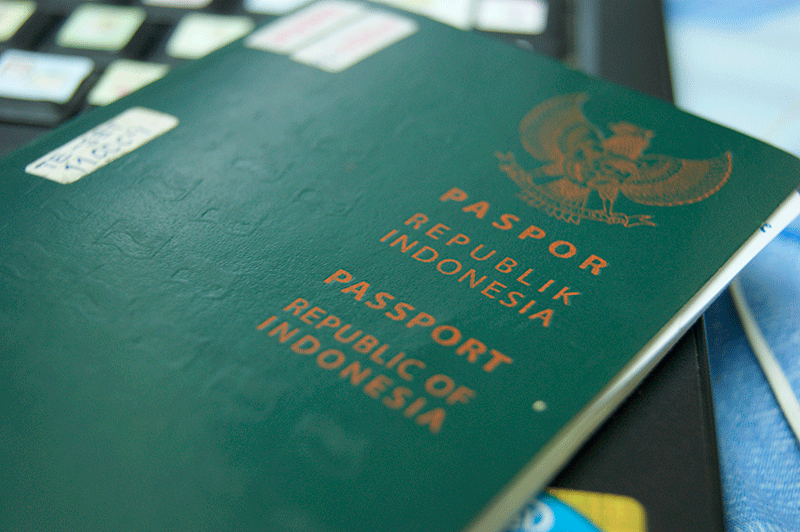 The story of a Nigerian man, Charles George Albert or Komang Eli Agus Hermanto, coming unstuck with immigration was already a long time in the making, but his run came to an end in the early hours of Wednesday morning.

The Head of Bali Law and Human Rights Office, Maryoto Sumadi, told reporters yesterday that the man was arrested because he tried to deceive an Singaraja Immigration officer into getting an Indonesian passport.

“But the attempt failed during the interview process,” he told balipost.com. After he failed the test, the same Singaraja Immigration officer continued the investigation, as he was suspicious and learnt that the man was a Nigerian citizen and had faked the data to get the Indonesian passport.


The man tried to fight the accusation by requesting a pre-trial in the Singaraja District Court, which was directly rejected. The Immigration officer tried to send a notification letter to the man, but they didn’t know his address, so they put him on the wanted list.

Intelligence officers tried to track his girlfriend, D.P.R., who stayed in the Ubud area, but they could not find her and neighbours said that they always moved around. On August 8, there was news that he intended to surrender to Singaraja Immigration Office, but he didn’t show up. He did it again on August 13.

On August 14, intelligence officers were on the trail of Dpr again because they were told that the suspect was with her and they managed to follow her to Sanur. They contacted the Immigration officer, who then reported it to the police. The police arrested the suspect in his room at Griya Ayu Hostel on Wednesday at around 3am.

The Head of Singaraja Immigration Office, Ngurah Mas Wijaya, said that Charles arrived in Indonesia with a tourist visa. Then he tried to extend his stay and he also submitted a KITAS request, but he had already violated the 60 day stay period, so Ngurah Rai Immigration asked him to leave Indonesia. He didn’t obey the order and ran off to Singaraja.

Then he requested an Indonesian passport, using Komang Eli Agus Hermanto as his new name. “Komang Eli is his girlfriend’s friend. We already reported him to Buleleng police in May,” Sumadi said to tribunnews.com.