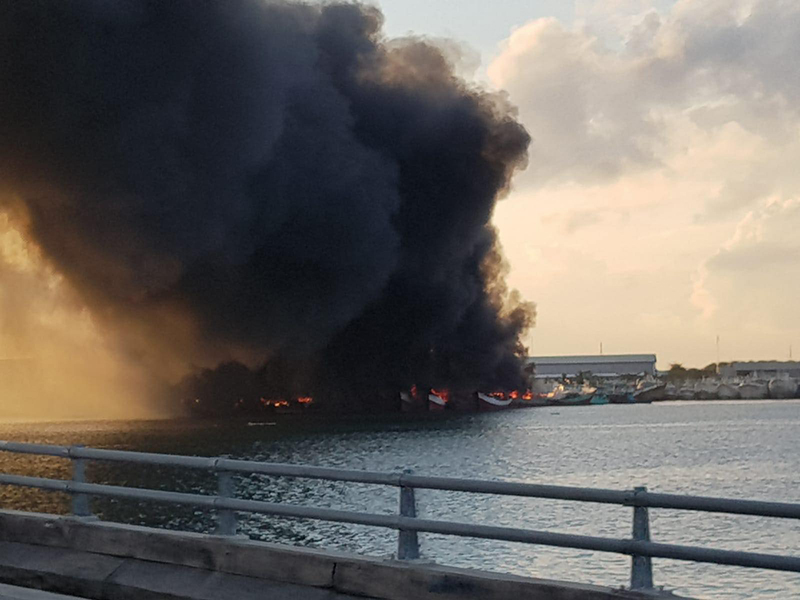 After a fire burnt eight fishing vessels last week in Benoa Harbour, flames were back again this morning with reports saying that 30 vessels are still blazing.

Extinguishing efforts were still ongoing about an hour ago at the dock in front of PT Bandar Nelayan.

According to witnesses the fire first started at around 4am on the vessel KM Cilacap II.


“The fire moved very fast to the north and spread to the boats next to it,” said the source.

The same source told Bali Post the preliminary information is that there were 30 vessels burning and there were eight fire trucks on the scene.

Denpasar Police Commander Wayan Arta Ariawan confirmed that police are already at the harbour. “We are still investigating,” he said.

The previous fire at Benoa occurred Monday (2/7) with eight fishing vessels tired up on the West Dock reportedly burned around 11.30pm. The fire allegedly started on KM Sulvana and spread to neighbouring vessels. That investigation still continues.