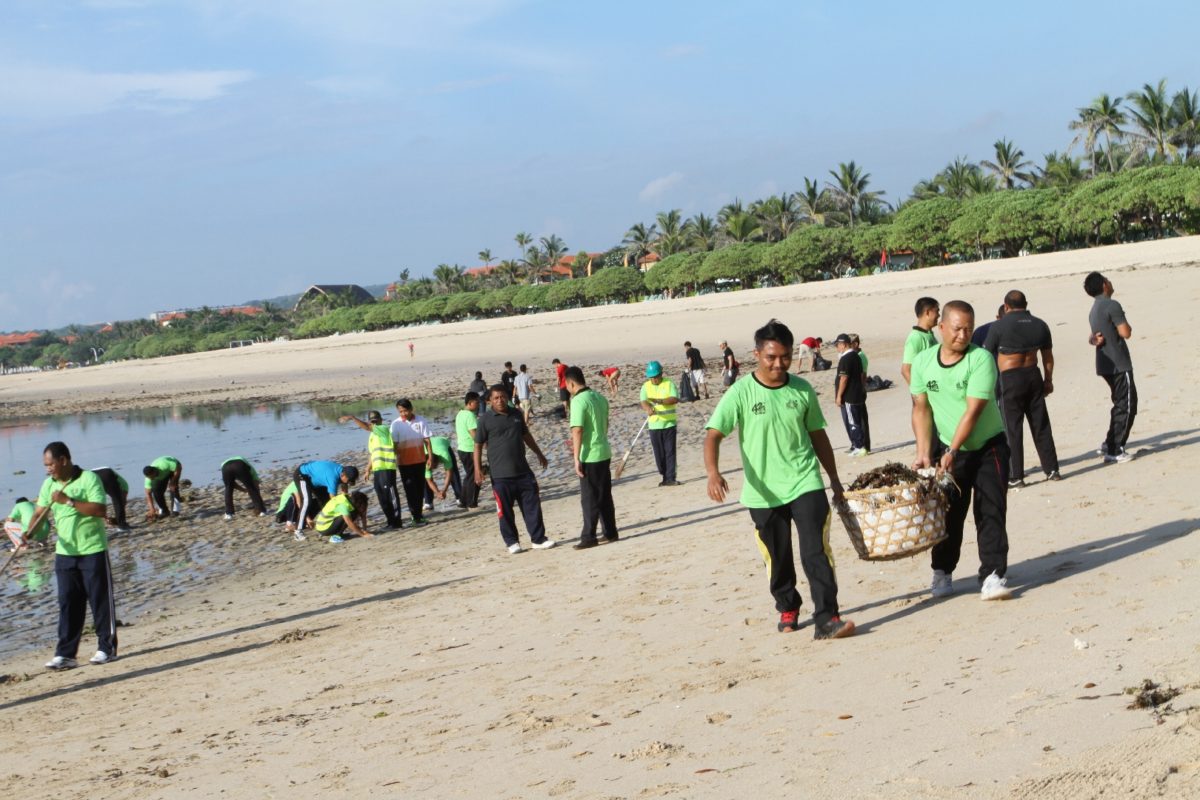 “To deal with the waste problem in Sawangan Beach, our team has collected 11 tons of garbage and we will continue the effort to clean up the beach,” said I Putu Eka Merthawan, head of the Agency, as quoted by Nusa Bali.

Merthawan added that his team encountered difficulty in cleaning up the coastline. “The terrain made it hard for heavy machinery to pass. Moreover, the garbage that we collected was quite a load as well. Most of it consisted of seaweed.”

On account of the tough terrain, Merthawan will approach several hotel managements in the vicinity for assistance. “I plan to approach them about finding a solution together to the trash problem happening in the area,” he said.

He mentioned that recently a wave breaker has formed a kind of lagoon at the back of one of the hotels in Sawangan, Jalan Nusa Dua Selatan, and the sight of the lagoon is worrisome since it’s filled with all sorts of trash and drenched with a black liquid suspected to be waste.

“Now is ‘garbage season’ at several beaches there,” said Merthawan. “And it’s happening because of the force of the east trade winds. We are ready to deal with the problem because it is an annual thing.”

Merthawan added that he will get to the bottom of the liquid waste issue. Most of the hotels in Sawangan are 3-star hotels but if they don’t possess the special permit for waste management then he will reprimand them based on existing laws.