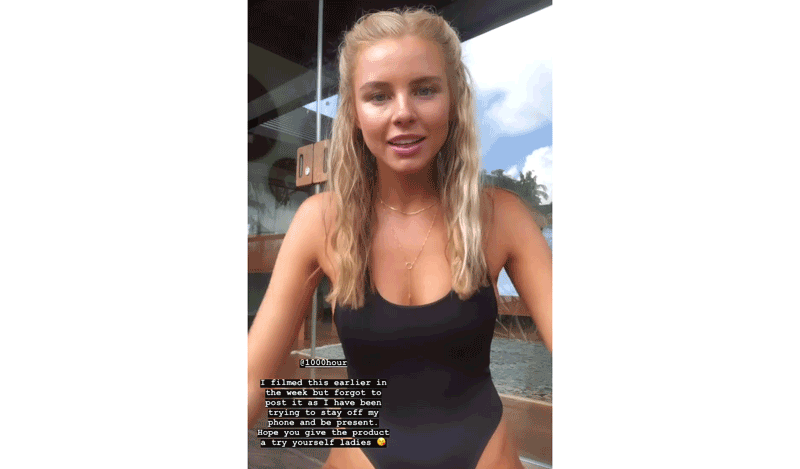 Former Australian Miss Universe 2014, Tegan Martin, 26, was reported to have said that she couldn’t go home to Australia because of a damaged passport last week. She posted the story on her Instagram account and the post and story went viral around the world after an Australian media outlet, news.com.au published it on their site with a headline “Former Miss Universe Australian stranded in Bali because of damp passport” on June 21, 2019.

The Australian media also captured the passport image of Tegan’s Instagram story with the caption “Wasn’t allowed on my flight due to this watermark in the corner of my passport. Has this happened to anyone else?” and said that because of the incident, the Australian model could not go home to Australia to attend a charity event in Sydney that night. Tegan also said on her Instagram that she was forced to stay longer in Bali.

The Head of Ngurah Rai Immigration, Amran Rais decided to offer the press immigration’s side of the news on Sunday. He explained at a press conference that Tegan arrived in Indonesia on June 17, 2019. He said he had received information that she had been advised by Jetstar Airways general manager in Sydney to replace her passport with a new one the day before her flight to Bali because her passport was in a poor condition.


“The Jestar general manager suggested to replace the passport with a new one a day before she went to Indonesia,” said Amran to detik.com. Amran said the passport that Tegan presented to immigration when she arrived was new and was dated June 17, 2019, the same day when she arrived in Indonesia. Amran also said that his side hadn’t seen the replaced passport. “She was allowed to enter with her new passport and until now we haven’t seen the older passport,” he added.

Amran confirmed that Tegan is still in Bali (till Sunday), because her name hasn’t appeared on our outward bound data. “She is still in Bali. We couldn’t find her name in the data, so we would know if she had departed already. For that, we can clarify that Immigration hasn’t decline or delayed her departure,” Amran concluded.

The Immigration General Director of Law and Human Rights Ministry, Ronny Sompie, also clarified at the press con that there hadn’t been any incident involving an Australian citizen not being allowed to leave Bali because of a damaged passport since June 10, 2019. He also denied that his team had asked a penalty fee of USD 5,000. “I am sure it’s an effort to build a negative opinion about Bali immigration services,” he said to liputan6.com on Sunday. Ronny surmised that the decline may have occurred when she checked in at the airline counter. A new ruling this year states that airlines will be charged $5000 if they allow passengers to depart for Indonesia with damaged passports.