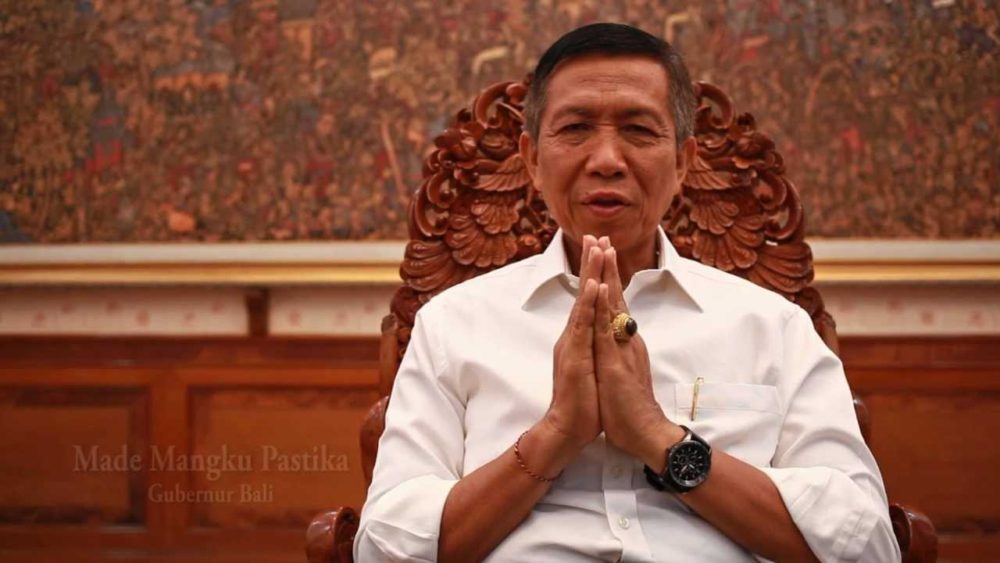 The governor of Bali, Made Mangku Pastika held a meeting with 33 consul generals and honorary consuls from various countries on Wednesday (4/10). In the meeting, he explained the latest situation on Bali, the various possibilities that may occur with Mount Agung and ensured them that Bali is still safe.

Mount Agung is still on ‘Beware’ status, but the mountain’s seismic activity has declined. “Even if the eruption occurs, our disaster management control is prepared as well as possible,” he said.

He ensured there would be no casualties because the 12 km area from Gunung Agung had been evacuated of people. In addition, the Bali government had installed sophisticated tools that can detect an eruption very early.

“There are five countries that have published travel warnings for their people coming to Bali, but it does not mean there is a travel ban. It’s more like if they come to Bali, be aware, be careful. I just asked the consuls to take it back, remove the warning. They seemed to agree and they didn’t have any questions,” he told reporters.

If the airport is closed due to a Mount Agung eruption, he predicts there will be 5,000 passengers who cannot depart. Therefore it will have an impact on visas when it comes to foreign citizens.

For that his side will take care of visas and accommodation. Even if pressed to leave, the foreign nationals will be flown through Surabaya or Lombok. “We will prepare the transport and we will take care of the tickets,” he said.

Pastika hoped that with this meeting and explanation tourists will not delay or cancel their flights to Bali.

Honorary Consul of New Zealand, Indy Siddik indicated that insurance companies are now not providing cover for force majeur incidents. This means that his government has informed its citizens, if they come to Bali they do so at their own risk.

Nevertheless, New Zealand tourists keep on coming. 700 people were said to arrive from New Zealand just yesterday, both for business or travel.

Even with the present condition of Mount Agung, a decrease in tourist arrivals from New Zealand has not been seen. According to Siddik, this is because New Zealand has many volcanoes and its citizens are well accustomed to them. “Usually Air New Zealand flies three times a week bringing 750 people,” he said.

The Honorary Consul of Denmark, IA Ratna Sutamaya had a different experience and said he was busy answering questions from Danish citizens who planned to visit Bali or work in Indonesia. “Denmark is a small country of only six million inhabitants. So you don’t see a lot of them coming to Indonesia or Bali,” he said. However, there has been a decrease in the number of visitors from Denmark. Before the Agung status was risen, Danish citizens numbered more than 300 on the ground. The decline has rapidly reached 30-40 percent. “They have started canceling and some are postponing. Typically, Danish citizens rarely come in groups, usually solo. We cannot guarantee it will be safe,” Sutamaya said.

Since Denmark doesn’t have any volcanoes, it isn’t so easy to calm them on the subject. He also finds it difficult to answer the many questions on when Mount Agung will erupt and how dangerous it will be.

But he can only try to calm them by explaining that the Government of Bali has prepared well, including providing a private number that can be contacted for current information on Mount Agung.

(Wasn’t it Pastika who announced a state of emergency on Bali last week? Ed.)