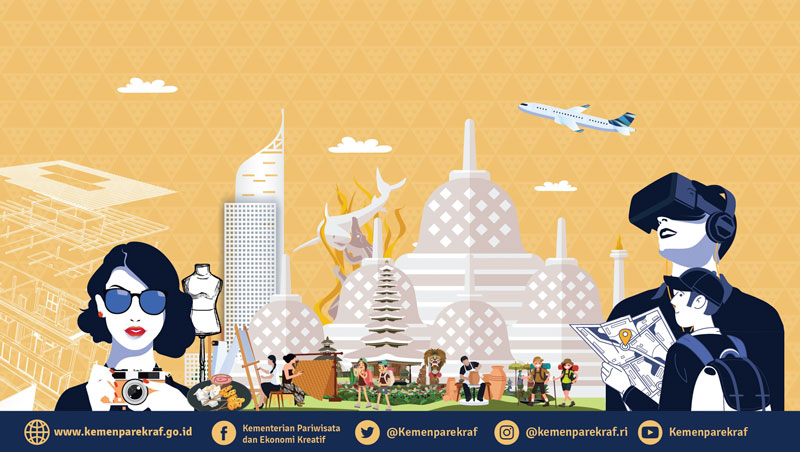 From the data at midday yesterday, the total number of positive Covid-19 cases so far recorded in Bali is now 343 people. The six yesterday consisted of three Indonesian migrant workers (PMI) and three local transmissions (infected in the Bali area).

Meanwhile, the patients recovering are getting higher every day. The cumulative positive cases of Covid-19 healed in Bali so far is currently 232 cases. There were an additional eight people pronounced cured yesterday.

This information was related by video conference from the central government spokesperson for the Covid-19 Task Force, Achmad Yurianto, yesterday, who said the handling must continue to be effective in the field in order to suppress new cases and reduce mortality.

Yesterday, the 14 day quarantine in three banjars of Abuan Village, Bangli came to an end, but residents were asked to continue following the protocol to prevent the spread of the virus.

“Starting today, the quarantine area of ​​Abuan Village has been terminated, so the community can return to their activities, but they have to keep to the new normal, which is a situation where the community can carry out activities, but still keep to the Covid-19 protocol,” Bali Regional Secretary (Sekda) Dewa Made Indra through a written statement on Friday (05/15).

Although the quarantine of this area has been declared revoked, Indra stressed, residents still must follow the Covid-19 protocol set by the government. This applies to everyone on the island until Bali is declared free of the Corona virus.

Dozens of Bali police personnel who have been carrying out guard duty securing the entrances of the village have been withdrawn. However, they are still being kept alert to back up Bangli security. The community soup kitchen was also taken away, which had kept the 2,640 residents of the area fed for the past 14 days at a cost of almost one billion Rupiah according to Bali Post.

Bali police arrested three people making fake health certificates on Thursday. The perpetrators sold the fake health certificate to people trying to pass through Gilimanuk Port. The three were arrested on Thursday (5/14) at around 12.30am in Gilimanuk Village. “The perpetrators were found distributing health certificates that were allegedly fake to passengers of a Mas Mas Bus,” Bali Police Head of Public Relations Commissioner Syamssi said in a statement on Friday (05/15). They were allegedly selling the letters to travelers from Rp 50,000 – 100,000 until police discovered a false document and tracked down the culprits. The three perpetrators are being held at Gilimanuk Port Police HQ.

Further to the ST story on Wednesday about Bali reopening, Secretary of the Ministry of Tourism and Creative Economy, Ni Wayan Giri Adnyani, was at a coordination meeting for the preparation of the tourism recovery in Bali, in the governor of Bali’s office on Thursday (5/14). Meeting with Vice Governor Cok Ace, she informed reporters that there are already programs prepared that are being split into two periods this year.

First being June-October, referred to as a period of ‘gaining confidence’, which includes the preparation and revitalization of destinations, planning promotional programs and assistance to tourism stakeholders.

“Starting from October 2020, there will be a period called ‘appealing’, with the gradual opening of tourism destinations, following strict health protocols, promotions, organizing events and a MICE roadshow and media campaigns,” she added.

The recovery steps include developing standard operating procedures (SOP) related to health, hygiene and safety standards. To that end, the central tourism department will implement a Cleanliness, Health, and Safety (CHS) program in each tourism destination around the country and other locations related to tourism and the creative economy. “The CHS movement aims to increase tourist confidence in Indonesia’s tourism destinations and industry after Covid-19,” as quoted by Kompas.com.

Thus, continued Giri Adnyani, Indonesian tourism is expected to be able to return to normal by 2021.

Meanwhile, Deputy Governor of Bali Tjokorda Oka Artha Ardhana Sukawati stated at the same meeting that he hoped that tourism in Bali will not be opened simultaneously, but should start in Nusa Dua first.

“Although many tourists are already missing Bali, we should open ITDC in Nusa Dua first. Given that the area is already physically isolated, far from settlements and with complete facilities,” he said.

He also added, other tourist spots in Bali could be opened gradually if the Covid-19 trend around the world had flattened to zero percent. Tourism spots like Tanah Lot in Tabanan or Monkey Forest in Ubud.

He believes, Bali will be ready to accept more tourists after the pandemic ends.

“Because Bali has proven to always rise after these incidents, such as the Bali bombings and the eruption of Mount Agung,” he explained.