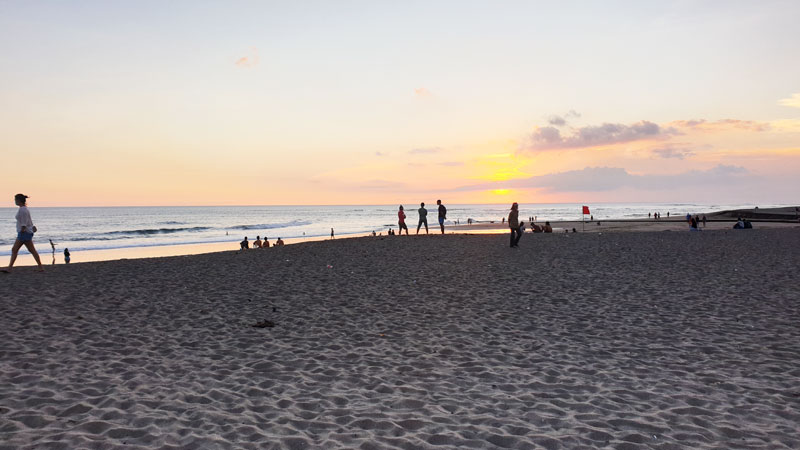 Positive cases of Covid-19 in Bali have increased again after the day before reporting zero cases. There were 10 positive cases added to the list last night, all of them Indonesian citizens.

“The number of Covid-19 positive cases in Bali is now 287 people. There was an increase of 10 Indonesian citizens, consisting of two Indonesian Migrant Workers (PMI), one domestic traveler and seven local transmissions,” said the Head of the Bali Covid-19 Task Force, Dewa Indra on Thursday evening (7/5).

Local transmissions are tending to increase, with now an accumulative number of 108 people.

From the total number of cases, positive patients still being treated number 100 people. They are spread in 11 referral hospitals and quarantine places managed by the Bali provincial government.

As of yesterday, there are 183 people who have been declared cured. “In other words, there was an increase of 17 patients who recovered. All are Indonesian citizens, consisting of 10 PMI and 7 non-PMI people,” he added.

Airlines back in the air.

Airlines are beginning to fly in and out of Bali again this week. Citilink starts today, Lion Air on Saturday, Garuda Saturday and meanwhile, according to their website, Air Asia appears to be starting domestic and international flights from Bali on June 1st. Tickets are not cheap on Garuda starting at 1.7 million one way Jakarta to Bali. There are still restrictions on who can travel.

Road and beach blocks have been removed in Gianyar after a meeting on Wednesday revealed the closure was contrary to the national police chief’s announcement back in March and concern for the livelihoods normally garnered from the beach. Gianyar Regent I Made ‘Agus’ Mahayastra issued a circular saying that access to the village roads and access to the beach should be opened. The meeting was attended by representatives from the banjar, the Covid-19 Task Force, police and religious leaders.

The reopening was not just because it was contrary to the Indonesian police chief’s announcement on Compliance with Government Policies in Handling the Corona or Covid-19 Virus Spread, dated March 19, 2020, but also for the fishing communities and their livelihoods from the beach while they still must continue to follow the Covid-19 health protocols. The Gianyar Regent Made Mahayastra confirmed on Thursday (6/5), that they were permitting people who made a living on the beach to do their activities, but not traders on the beach. “Only for those who work as fishermen, and selling their bounty,” he explained.

Denpasar Health Office continues to appeal to the community to maintain the cleanliness of the surrounding environment independently.

Cases of Dengue Hemorrhagic Fever (DHF) from January 2020 to early May 2020 have increased dramatically with a total of 1,034 cases. The number of cases continues to increase every day over the period of the last five months, with the total number higher than cases that occurred in the same period of 2019. Symptoms of dengue fever have been misdiagnosed as coronavirus and vice versa over the past weeks. Ed.

To minimize the dengue cases in Denpasar, simultaneous fogging is being carried out routinely. But the department still urges people to maintain the cleanliness of the surrounding environment independently. “This can be done by residents monitoring mosquito larvae regularly and eradicating mosquito nests themselves,” Eka Putra told NusaBali, adding that water areas which cannot be drained can be spiked with larvicide powder such as abate every 2 to 3 months.

West Denpasar Police confirmed that the death of Australian citizen, Kevin James Nunn (58) who died at his residence on Jalan Antasura, North Denpasar on Wednesday (6/5) was not due to the corona virus. This is based on the results of rapid tests that showed the victim was negative corona on Thursday (7/5) yesterday.

“The results of the rapid test came out earlier (yesterday) and he was declared non-reactive or negative to corona,” said West Denpasar detective M. Nurul Andi Yaqin, yesterday afternoon.

He continued, the cause of death is allegedly from alcohol because he had consumed alcoholic beverages before his death. “An autopsy will be performed later to find out the exact cause. What is clear is that is not corona,” said Detective Andi Yaqin.

Zaenal Tayeb, a longtime resident and businessman in Bali, originally from South Sulawesi, who has a number of hospitality and tourism businesses on the island and other regions of Indonesia, donated the proceeds of selling his luxury cars, a Jeep Rubicon and a Toyota Fortuna, to buy groceries for distribution to residents in Bali, Makassar, Lombok and Banyuwangi.

Zainal (66) is actually affected by corona with hotels and other businesses closing.

“My Jeep was bought by a friend in Bali. The results have become food and distributed to the community and employees of the hotels, water and bird park,” he told detik.com yesterday.

According to Tribune Bali, the Toyota Fortuna sale was the fourth time being charitable in April 2020.

“At a time like this (the COVID-19 pandemic), we really should help each other, especially the disadvantaged people,” Zainal said.

Zainal did not mention the total sales of his luxury cars, but the proceeds from the sales were used to buy groceries to masks.

The hotelier hopes that the business world, especially tourism, can soon bounce back after the Corona pandemic.

“My estimation, after the pandemic is over, it will take another year for large numbers of foreign tourists to travel to Indonesia like before. Many will have to work a year to collect the money to be able to return to Indonesia,” he told detik.com.