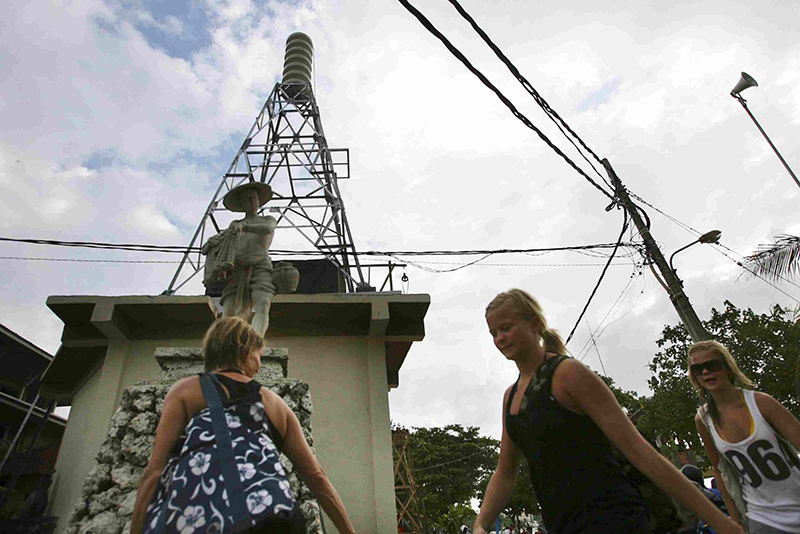 Bali already has nine tsunami sirens which are located in Sanur, Kedonganan, Tanjung Benoa, Seminyak, BTDC Nusa Dua, Kuta, Serangan Island, Seririt, and Tanah Lot. However, the Bali Regional Disaster Management Board (BPBD) doesn’t think that is enough and has sent a proposal to the central government to add 10 more tsunami sirens in several areas of Bali.

“The temporary Implementation Head of Bali Province BPBD, Dewa Putu Mantera, has submitted the proposal to add those 10 new sirens to central government through the National Disaster Management Board (BNPB),” Rentin said.


Talks about the plan with the governor have already progressed since receiving the Head of Denpasar III Meteorology, Climatology, and Geophysics (BMKG), M. Taufik Gunawan, at Jaya Sabha, the governor’s office on Saturday.

The Head of BMKG spoke about the dangers of climate change on Bali and the extreme weather that occurred in Bali recently. Then Dewa Putu Mantera from Bali BPBD followed that by saying that there are only nine tsunami sirens in Bali and they are planning to ask for more from the central government.

“The governor has already approved the plan and said that if the central government doesn’t respond, the Bali government will allocate the funds from the regional budget,” he added.

This was also discussed with the Head of Information Data Center and Public Relations of BNPB, Sutopo Purwo Nugroho. “Sutopo said that they cannot allocate it from their 2019 budget, but they will keep submitting the proposal to the central government,” he said.

Rentin also hoped that BPBD could synergize with businessmen and the community to put the sirens in their areas.  “We can build them at a low cost, but still reliable and the budget could be taken from the village funds or local large businesses’ CSR,” he concluded.