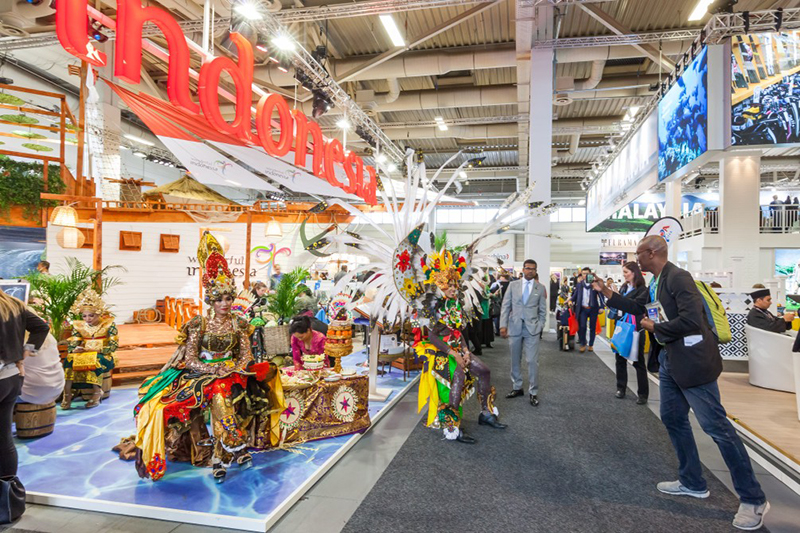 The Bali government is optimistic that the amount of European tourist arrivals can increase by two million visits, after participating in the world’s biggest tourism exhibition, Internationale Tourismus-Börse (ITB), which was held in Berlin from March 6 until 8.

The Head of the Bali Tourism Board, Anak Agung Gede Yuniarta Putra, confirmed this on Sunday. “After I saw the conditions there, I am sure we can increase the foreign tourist arrivals,” he said to nusabali.com.

He felt optimistic as 80 percent of the exhibitions from Indonesia were from Bali. “That’s why we are sure that there will be a positive impact,” he added, but Yuniarta also admitted that they will have to compete with other countries who also participated at the event.

To anticipate the arrivals, Yuniarta hoped that the government could quickly construct more infrastructure, such as adding another runway in the south and constructing the proposed new airport in Buleleng. Gung Yuniarta reminded the government to calculate the 10 – 11 million domestic tourist arrivals, too. “If there isn’t any progress in infrastructure, I am sure the target can’t be reached,” he concluded.


Meanwhile, Angkasa Pura I reported that the amount of the passengers arriving at Ngurah Rai International Airport increased 8 percent this year.

“In the last two months, the number of the passengers increased significantly if compared to 2018. Aircraft traffic stats (LLAU) recorded 3,603,624 passengers in January and February 2019, an increase of 271,391 passengers or 8 percent if it was compared with 2018 data,” said I Gusti Ngurah Rai International Airport Communication & Legal Section Head of PT Angkasa Pura I (Persero), Arie Ahsanurrohim, to nusabali.com on Sunday.

However, during the same period, there was a decrease in aircraft serving the airport of two percent compared to last year.

They neglected to mention that last January and February, 2018 arrival numbers were still largely affected by the Mount Agung eruption downturn. Ed.