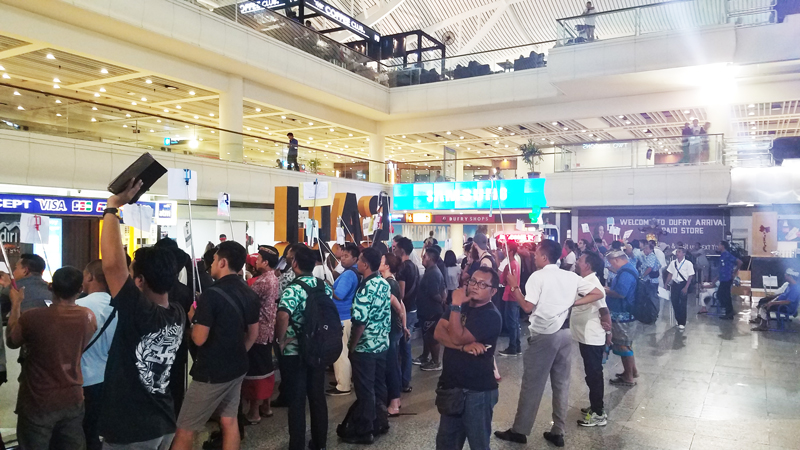 Ngurah Rai International Airport management, Angkasa Pura I, have rejected the recent proposal of Bali Governor, I Wayan Koster, to collect an entrance tax from foreign tourists at a counter in the airport. They also stated they would prefer the tax to be US$ 5.00 per person.

The rejection was stated when a special committee set up to organize the new regional regulation invited PT Angkasa Pura I management to a meeting on Monday. The meeting was held at Novotel Hotel in the Denpasar Airport grounds and the discussion was led by Ketut Suwandhi, while PT Angkasa Pura I was represented by its General Manager, Yanus Suprayogi.

The meeting started with Ketut Suwandhi explaining the new tax and its benefits to the community. “We will use it as a source to preserve Bali nature and cultural heritages. Bali tourism will be better because of it,” he said.

However, Yanus also said that they won’t prevent the new regulation’s implementation if the government adds the tax to the ticket price.

“If they add it to the ticket price, we will approve it,” he added. He also hoped that the government would strengthen the legal status of the regulation before implementing it. He also opined that the US$ 10 for the entrance tax is too big. “We suggest that the amount of the levy be reduced to US$ 5 per head,” he said as quoted by Nusabali.

Meanwhile, the chairman of the committee, Suwandhi, said that the suggestion of the cost of the levy put forward by Angkasa Pura I was not final and is subject to change. “It is still possible for AP I Ngurah Rai to do comparisons and make surveys. But, we received the input to be reviewed. The trip to decide the nominal fee is still long and requires a process,” Suwandhi said.

In regard to the collection of the tax, Bali Governor, I Wayan Koster, has previously said that the entrance tax could be added to the ticket price and not taken at counters in the arrivals terminal. “Tourists who buy the tickets will also pay the extra USD 10 then. We will cooperate with the airlines to implement the regulation,” he said last week.