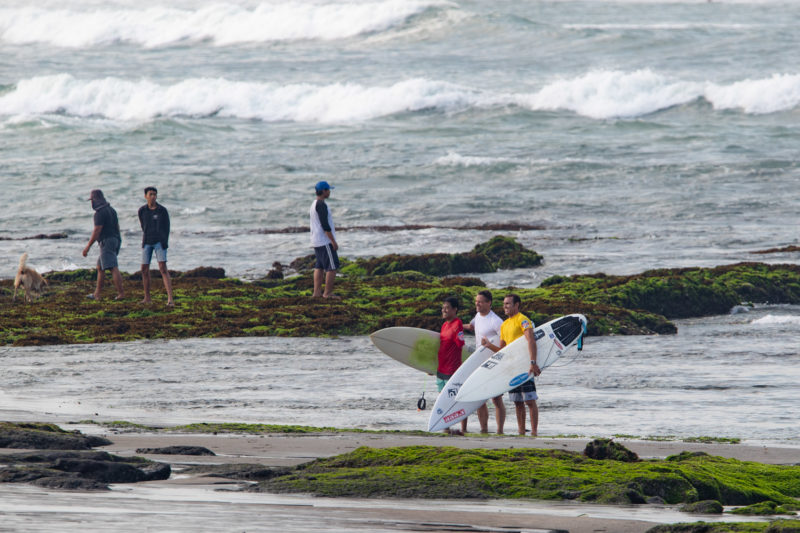 History was made yesterday at the Bali Adaptive Pro presented by Burton Automotive with five division champions being crowned after an amazing and level-raising final day of competition, where 23 of the world’s most courageous adaptive surfers took on the heaving 4-5 foot Indian Ocean swell that was bombarding Old Man’s with solid and at times back-to-back sets and came back to the beach safe and sound, albeit tested thoroughly.

Israel’s Adi Klang in the Standing Lower Limb Division was the first champion crowned, going up against Australia’s Dale Taylor in a man-on-man duel that saw Taylor posting the highest score of the final, a near perfect 9.17 (out of a possible 10) with his first wave, but was unable to find a big backup score after Klang posted first an excellent 8.17 and then a 7.50 to lead and eventually win the final.

After receiving his trophy at the beachside awarding, Klang stopped for a few words.  “For me this is like when I won at the Adaptive World Championships in 2017.  I’m so happy !  I was so impressed by the organization of the event here.  The waves were perfect, they made the right decisions about sending the right surfers out at the right place and conditions, had the jet ski to help, and even the trophies are perfect.  I want to say thank you for accepting me, I enjoyed this so much.  I will definitely come back next year to do this event again,” he exclaimed.

In the Standing Upper Limb Division, Brazil’s Mike Richard found the challenging waves especially to his liking, surfing a perfect heat by posting not only one but two Perfect 10 point waves in the four-man final, leaving his fellow finalists in a combination situation.  Richard was an aspiring young pro surfer when a motorcycle accident severely damaged his arm.  His was a long and challenging mental and physical road to recovery, but now he runs his own surf school in Brazil and hopes to see adaptive surfing have a full tour schedule where he and others can make a living by being pro surfers.

A last minute decision brought North Wales surfer Lewellyn Williams to Bali, where he found himself the winner of the Kneel Division at the end of the 30-minute final against three other worthy competitors:  Jade Wheatley from Australia, Sobarudin from Indonesia, and Mark “Mono” Stewart from Australia.  Although Wheatley was rewarded a perfect 10 points for his first wave, a 5.15 score eluded him, and in the end Williams consistent performance with two high 7 point scores earned him the win.

“It was pretty tough out there for paddling. I got two waves all the way into the shore and had to paddle back out the whole way….my Rip Curl watch said I paddle for two miles!” said Williams.  “I couldn’t even feel my shoulders…I kept saying to myself, ‘I gotta make it back  out, I gotta make it back out.’ When I saw the 5 minute flag and caught that last wave, I just came into the beach.  Everybody said I’d won, but I didn’t know because I couldn’t hear anything out there, just the odd word here and there,” he explained.  Williams had his right leg amputated after being struck by a car while skateboarding in 2011, when he was just 16.

In the Visually Impaired Division, it was young Jack Jackson from Australia taking the win over senior Matt Formston, also from Australia.  “It was a bit bumpy out there during my final, which did make it a bit hard, but we made do with what we had,” said Jackson  “Matt won every heat until the final, so I think I was lucky to get a couple good waves in the final, and that got me the win.  He’s about 23 years my senior, so a bit of age difference there,” he added laughing.  “This is my first trip overseas, so it’s been really a great adventure for me.  I hope to be traveling and competing more in the future, we’ll see what happens.”

The Prone Division saw Californian Mike Pingatore take a narrow win over Daniel Nel from South Africa, who posted a 6.87 and then a near perfect 9.17 for a 15.83 total score, but the two excellent scores from Pingatore of 8.17 and 8.00 got him the winning total of 16.17.

Arguably very challenging for both the competitors and event team, the Prone surfers needed extra assistance getting into and out of the water, and assistance in the water, no small task with the dumping shorebreak and big closing out set waves.

When asked about his feelings and experience in the final Pingatore replied, “This was phenomenal, the swell was coming in perfectly, the sets were big, and the peaks were letting me drop in on those late take offs, and the rips make for long rides…it was just phenomenal.”

He went on to explain, “It was pretty repetitive so I just had to memorize how the sets were coming in, then I lined myself up with two different points on the outside, and where I needed to be on shore, to be in the exact spot I needed to be. There would be two small ones, and then after 3 big ones. So I’d wait for the small ones to go through, then I know I was in the position I needed to be in…not too far out and not too far in. It was all about choosing the right wave for sure.  And Oh my god, that jet ski really saved us out there.  There were a few times I got stuck in the inside and was just getting pounded.  Being a prone rider our boards are very buoyant, too buoyant to be able to duck dive, so we can’t get under the waves, and when turtling, we just get washed back.  So that ski really did save us.”

Pingatore was injured in a car accident in 2017, resulting in dislocated and damaged vertebrae.

The jet ski and lifeguards were from the Bali Lifeguard Department (Balawista) with the funds donated by The Lawn via Tai “Buddha” Graham, who when doing a morning surf check on Day Number 2 of the event told the event organizers that he’d gladly support the effort by donating the funds for jet ski assistance.

Graham watched the finals with his wife and had this to say after, “I think it really puts things into perspective…makes you think again when you start complaining about a sore arm or an itchy throat. Seeing these guys go out and doing this, they are true warriors.  I think the biggest thing is that they just get on with it, they don’t look for sympathy or anything.  If anything they are over brave, especially in these conditions…I think this would be the biggest conditions ever seen in any adaptive surfing event!  My hat goes off to every single one of them.”  And regarding the ski, he replied, “It was the least I could do…I wish I could have been out here earlier today on my own ski helping out, but I had work commitments. Now that I’m down here watching it really brings up some emotions…I can’t say enough about how brave this crew is.”

Finally, at the end of the Bali Adaptive Pro presented by Burton Automotive, event co-creator/organizer and avid adaptive competitor Jade “Red” Wheatley was asked for some final words on this ground-breaking adaptive event.

“First one and obviously the most successful one so far…hahaha, “he replied laughing.  “But look, this was such a great event, I’m really proud of it.  Everyone came together, it wasn’t just one person, everybody helped out so it was a huge team effort.  It was fantastic, and there were some athletes who didn’t think they were capable enough, but they showed themselves and stepped up to the next level, which is where we want to take adaptive surfing.  We’ve achieved what we set out to do, for sure.”

And what is the next step?  “After something like this, when you’ve stepped it up a notch, the sponsors and brands see that you’re serious, that you want to display your skill level, so hopefully a lot of people will follow us and it will get bigger and better in the future,” he replied.

A special thanks to Koming and his crew at the Canggu Surf Community, who did a great job taking care of the organizers and the surfers, from setting up the event to carrying the surfers out to the beach and back, and to the Balawista, whose lifeguards and jet ski drivers did an awesome job of making sure everyone came through the event safely in the testing conditions.

For more information about The Bali Adaptive Pro, please visit www.baliadaptivepro.com and the social media channels below: 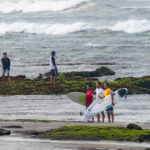 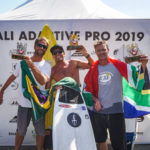 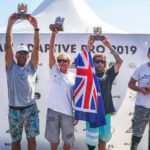 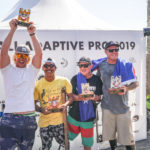 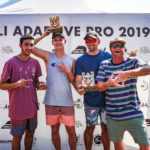 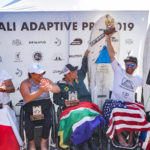 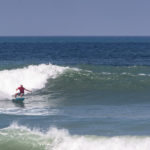 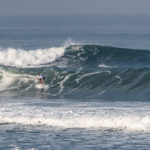 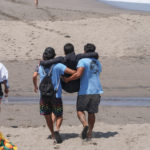 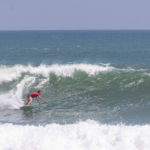 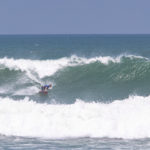 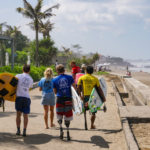 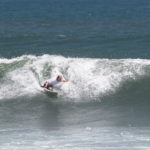 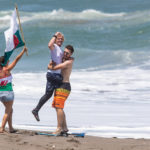 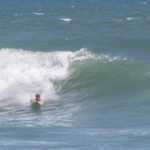 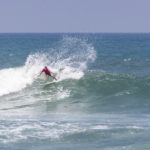