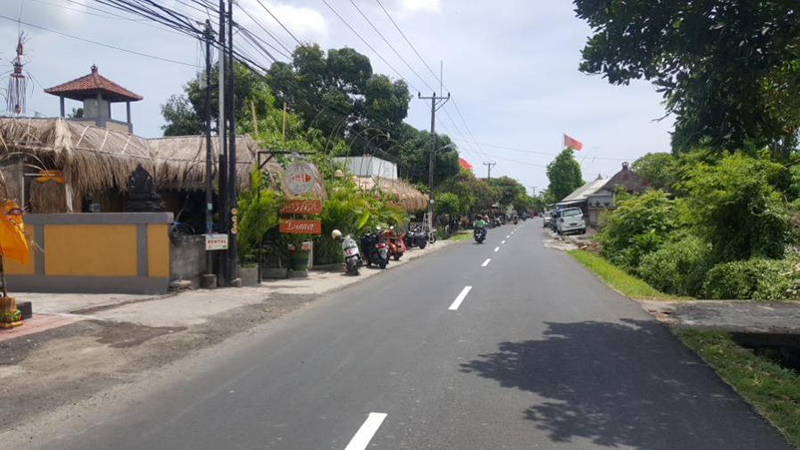 First Inspector Putu Ika Perbawa of North Kuta Polsek, told liputan6.com that the two snatchers, O.D.P. (22), and G.W.A. (21) were following the woman named Lina Hellmen (27) on a black Suzuki Satria motorcycle on Thursday evening at around 9.30pm. They snatched the victim’s purse when she was off guard, which caused the victim to fall off her motorcycle.

“The woman had just finished having dinner at Matta restaurant and was on her way to Lebak Villa on Jalan Raya Pantai Batubolong, North Kuta,” Putu Ika said.

The woman screamed for help and nearby residents came to her aid, and also contacted North Kuta Polsek. The police immediately came to the scene. They and residents pursued the suspects who had in their possession the victim’s purse with Rp 2.5 million inside.


“Police and members of the public closed roads surrounding the area to block the suspects from getting away,” he said.

After a while, the suspects’ motorcycle was found left on a rice field in the Padang Lenjong area. After pursuing the bag snatchers for several hours, the police caught O.D.P on the north side of Puseh Pipitan Temple, Canggu and G.W.A was caught at Chill House on Jalan Kubu Anyar, Banjar Pipitan, Canggu.

“They claimed to investigators that it was their first crime, but they did not believe it and the two men are still being interrogated,” he said.