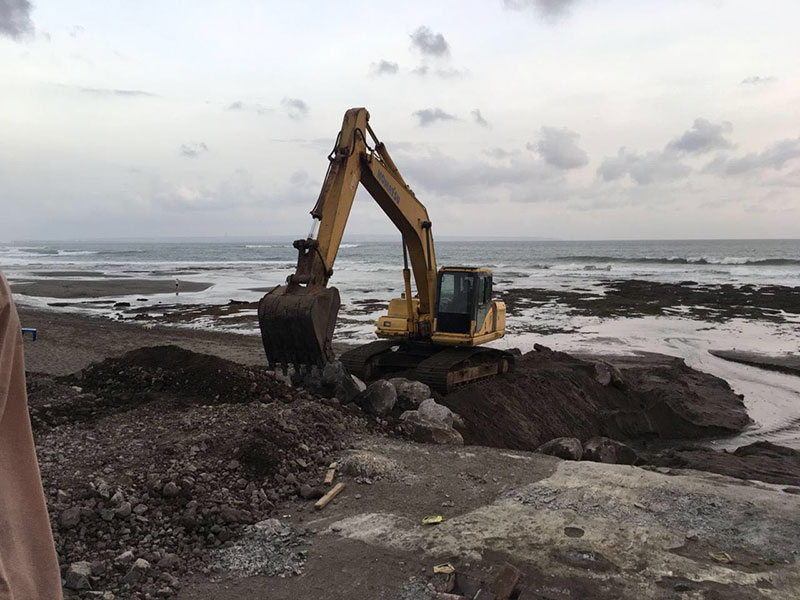 In response to recent protests at Perenenan Beach, the Badung Public Works and Spatial Planning Department (PUPR) have said that they are installing a revetment (or erosion embankment) at the beach. The project aims to protect the coast from erosion.

Badung PUPR head, Surya Suamba, said the Pererenan Beach project has emerged from the aspirations of the Pererenan people who received approval from the Badung Regent.

“The first part of revetment is for coastal protection from erosion, next the river project, the construction of bridges for several ceremonies including Melasti and then structures and kiosks for traders,” Surya Suamba told Bali Post on Thursday evening.

According to him, the construction project is now in process. The project, which is fully funded from the Badung government, has a budget prepared of RP 13 billion. The contract was auctioned and won by PT GALA TAMA with a value of Rp 10,334,938,254.


“There is no jetty construction that can damage the waves as some have claimed. What is clear (to the PUPR. Ed) this project is to make Pererenan Beach better of all, “he said.

After the construction is over, Surya said the beach management including kiosks will be given fully to the Desa Adat Perenenan (Perenenan village).

Head of Pererenan Village, Rai Yasa, also said the project being implemented is for coastal protection. “This project is the policy of the Regent of Badung for the development of the beach and its improvement,” he said.

Hundreds of surfers and other concerned citizens were protesting the Perenenan Beach development on Tuesday evening as they believe the construction will destroy one of Canggu’s better surf breaks. They were also protesting the general and rampant over-development of the island, while roads and other more urgent infrastructure is only receiving minimal funding and direction.