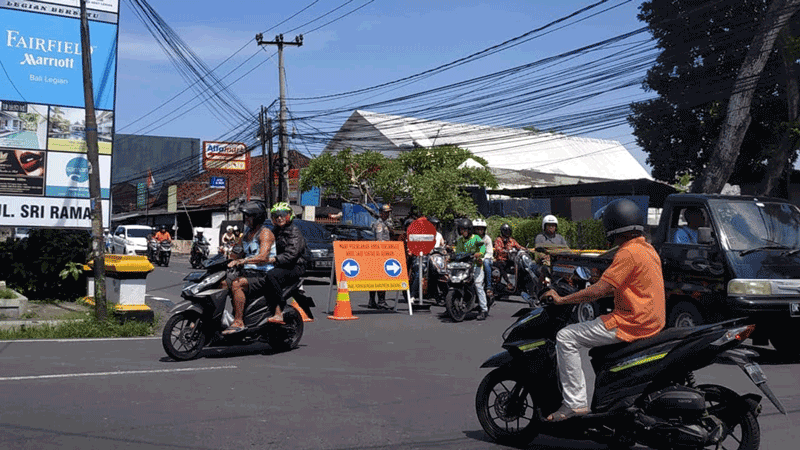 The trial period of the Jalan Nakula traffic direction changes has ended and has been evaluated as a success by Badung District Transportation Board (Dishub). They have decided that the changes have had a positive effect and impact on the neighbourhood traffic flow and will install several permanent traffic signs on the impacted roads.

The Head of Badung Dishub Traffic Unit, Tofan Priyanto, said that the testing has been conducted for two weeks and now his team will install the traffic signs on Jalan Nakula. After a joint meeting, they agreed to change one of the rules, which involves the prohibition of all east to west traffic along Jalan Nakula. At first, the prohibition applied to all vehicles, but they have now allowed motorcycles to pass through.


“We have only changed one part which allows motorcycles to pass through Jalan Nakula to the western side. Cars will have to follow the applicable rules,” said Tofan to nusabali.com yesterday. He also said that the changes had been made and his side will evaluate it until Nyepi before they install the traffic signs.