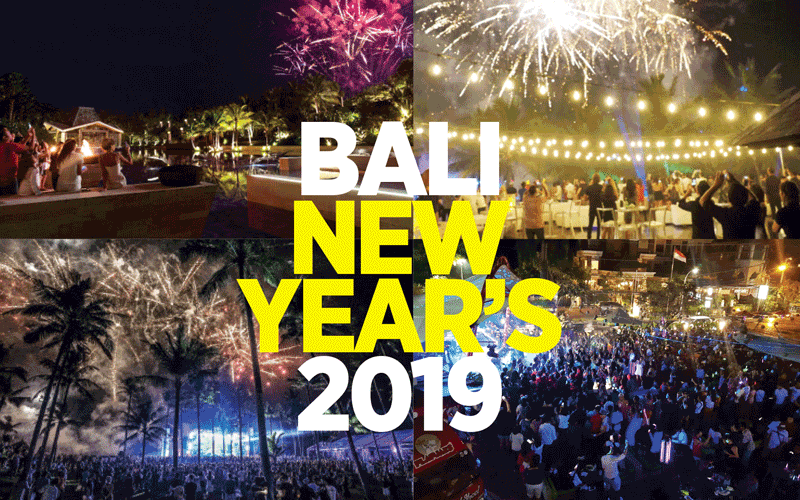 Contrary to what was reported earlier this week, the New Year’s Eve fireworks show that was slated to be held off-shore and on a boat, will be held on dry land and Kuta and Legian Beach, and the Badung Regional Government predicts that the party will be attended by thousands of people.

To ensure safety and the security of the event, the Badung Regency Tourism Board is working together with several institutions such as the army, national police, community police, the transportation board, community safety officers (pecalang) and civil police to keep things running smoothly.

The Head of Badung Regency Tourism Board, I Made Badra, said that they had a change of heart yesterday in regard to holding the fireworks show off-shore. “The original idea was to light the fireworks out to sea, but we decided to change that to the beach, because the weather is too unpredictable. The event will still be held in front of Citadenes Hotel, Kuta, and we have prepared a stage there,” said Badra to nusabali.com.

“We have to prioritize safety and we have reported this decision to the regent and the head of regional police. The amount of rockets going up will be approx 5,000, so we predicted it will last 15 minutes,” he added.

Besides the fireworks, laser and other entertainment shows will keep the party going. That’s why Badra has invited all local residents and the tourists to come and enjoy the party.

“We are sure that this party will be enjoyable and a hit with guests, and we predict there will be 30,000 locals and tourists who will attend the party. There are 1,010 personnel on duty, who will ensure the security and the safety of the event,” he said.

“For anyone who wants to celebrate New Year’s Eve on Kuta Beach area, we advised them to maintain their behavior and follow the officers’ directions. We have prepared several parking areas around the area,” he concluded.

Traffic is now closed in Kuta until 6am tomorrow morning. Jalan Legian, Pantai Kuta and Melasti are closed and this area of Kuta is a car-free zone. Police have prepared parking areas around Kuta to facilitate drivers’ needs.

We recommend leaving your car at home and getting a taxi or gojek etc to get around.