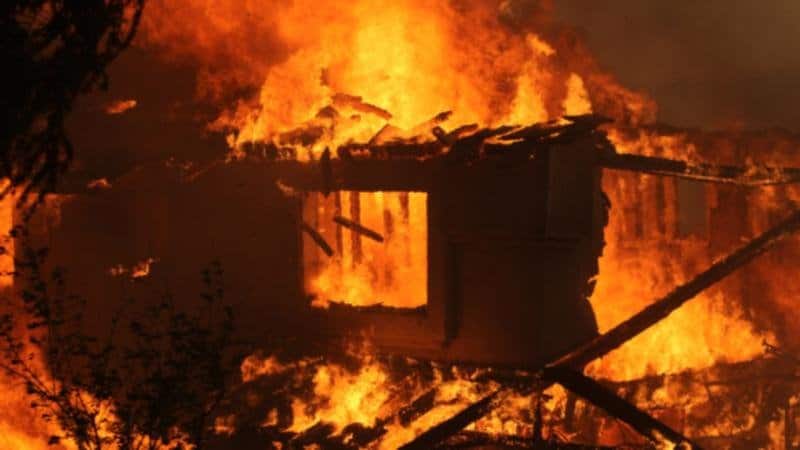 A two story Joglo house in Purwekerti, Karangasem, burnt down on Saturday at around 5.30am. The occupant, an Australian woman named Sarah, 31, was injured trying to escape the fire and also suffered an estimated personal loss of Rp 50 million.

A witness reported the fire to the owner, who lived nearby, who then called the Abang fire brigade. By the time the owner got to the house he found Sarah outside and the building had already been mostly burnt out.

Everything inside the house was lost including furniture, appliances, clothing and bedding. The woman also lost all her belongings including jewelry, passport and Rp 16 million in cash. Most of that money was apparently intended for Lombok earthquake victims. Her two dogs also died in the fire.


Six firefighters eventually extinguished the fire with the help from the local residents at 6.05am.

Sarah was injured when she tried to get out from her room and hit the wall. “I was panicking after I knew that the noise was the sound of the fire and I ran straight into the wall,” Sarah said to nusabali.com.

The Head of Abang Polsek, AKP I Nyoman Wiranata, predicted that the cause of the fire was a short circuit but the investigation continues.