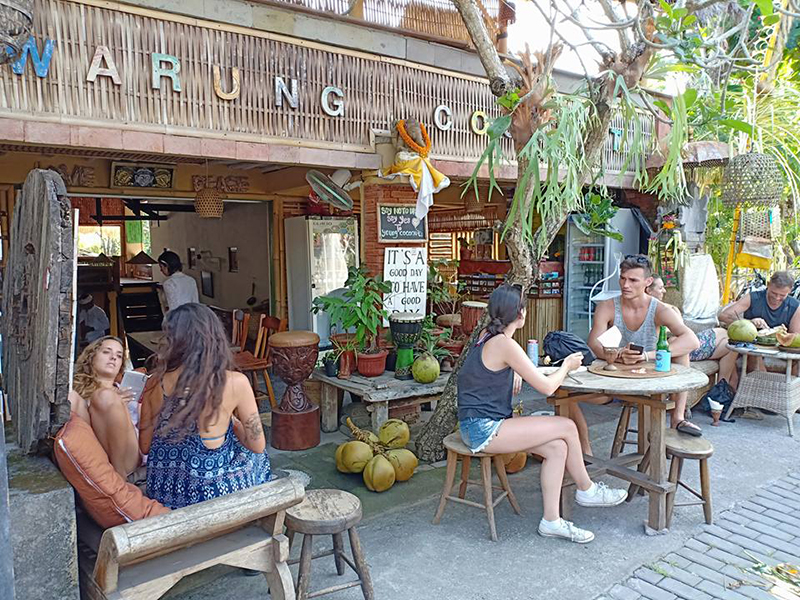 An Australian man, D.S. was reported to the police because of an altercation arising from his dogs allegedly urinating on the outside, and on the furniture of, a small restaurant in Ubud.

The story began when the man was walking his six dogs in Ubud a couple of Friday mornings ago, like he did most other mornings. One of his dogs apparently urinated on the front of the Coconut Warung, and the owner, who claimed he had had the same experience with the dogs before, confronted the Australian man. There was an argument before D.S., who has stayed already 21 years in Ubud, allegedly pushed the man, then hit him in the face, breaking his lip in the process, which then became bloodied. The warung owner then reported the incident to the police.

The Head of Ubud Polsek, Commissioner Made Raka Sugita, said that the suspect was arrested on Saturday. “He violated Article 351 of Criminal Code and is looking at the maximum punishment of two years and eight months in prison,” Raka said to nusabali.com.

He also said that the suspect did not resist arrest. “He admitted that he pushed and hit the victim,” Raka said. He is still detained in Ubud Polsek till now.


Sugita also said the police have coordinated with Australian General Consulate related to this incident.

The investigation has revealed that the man liked dogs and he often walked them around his Ubud neighbourhood. “On that day, the warung owner confronted the suspect about his pets urinating on the front of his warung, including furniture,” Raka said.

“Allegedly the man’s response was just to tell the owner to use a cleaner spray. Then after one of the dogs did it again, the warung owner tried to throw a chair at the dog. At this point the man walking the dogs tried to push the victim back, but the victim held his hands to resist. When the suspect tried to free his hands, he fell down. Then the suspect allegedly hit the victim and his lip was bloodied. The suspect then left the scene. The victim was brought to hospital to be treated and received two stitches on the lip,” reported the Commissioner at a press conference on Wednesday.