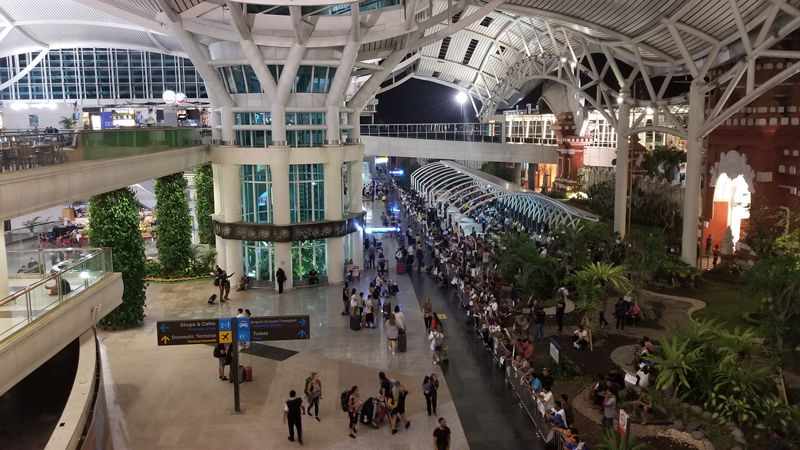 With the number of passengers using Bali’s I Gusti Ngurah Rai International Airport in March increasing by 56 percent compared to February and demand for Bali holidays soaring, state airport operator PT Angkasa Pura I has announced the extension of operating hours at the airport will go into effect this month.

“This was from a combination of domestic and international flights,” Sikado told Antara News.

He also stated that the airport will be extending its operational hours this month in accordance with the demand now being seen in number of passengers, and in particular, direct international flights to the island.

The airport hours will be extended to 8am to 2am every day from the present 8am to 10pm.

“There will be additional flight slots added at those hours. With Idul Fitri falling on May 1, 2022 we expect to see a surge in flight demand for both domestic and international passengers, Sikado told Bali Post.

Added to this, the current price war in Australia for flights to Bali has created much demand for flights from the land down under.

Air Asia will be back flying from Perth to Bali (one of their biggest markets out of Australia) starting in mid-May with flights from AUD 149. Meanwhile, Jetstar and Virgin have announced cheap flights and new Australian airline Bonza has also announced it is entering the fray.