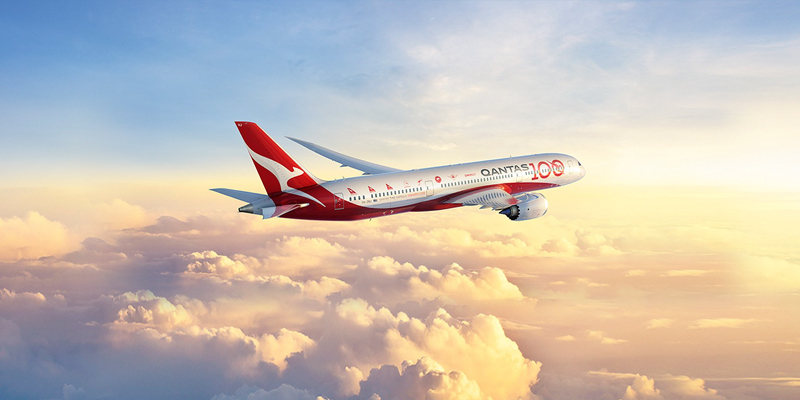 Image Qantas flies off into the sunset. Credit. Qantas.

The Australian government arranged a flight to repatriate hundreds of Australian citizens from Indonesia today. The flight is scheduled to take off at 3pm this afternoon from I Gusti Ngurah Rai International Airport, Bali.

“It is the first time the Australian government has organized a repatriation flight during the Covid-19 pandemic,” Public Relations Manager of PT Angkasa Pura I I Gusti Ngurah Rai Airport, Taufan Yudhistira told the press this morning, Wednesday (18/8/2021).

According to iNews.id, a number of Australians were seen queuing at departure terminals A and B for passenger inspection before boarding the plane. The flight was not only for Australians in Bali, but also from other parts of Indonesia such as Jakarta. One Indonesian national was also on the flight to reunite with family in Australia.

Australia teamed up with the Indonesia and Bali provincial governments to facilitate the flight to Australia from Denpasar, Bali.

Contrary to some headlines doing the round today, saying that people were evacuating the grim spike in covid-19 cases on the island, like this, the flight was arranged to allow vulnerable Australians, whose connecting flights over the past months had been canceled, with transit options no longer available to return to Australia, and people in dire financial situations.

Australia says on its FB page it continues to explore options to support Australians wishing to return to Australia. We suggest anyone who is in need of assistance contact the Australian govt. on that page.

“Australia thanks the Government of Indonesia, and the Provincial Government in Bali, for their assistance in supporting this facilitated commercial flight to Australia,” said Anthea Griffin, Australian Consul-General in Bali, in a press release on Wednesday (18/8).

“We have also taken advantage of this flight opportunity to deliver part of Australia’s Covid-19 health assistance package in collaboration with the Indonesian Government,” she was quoted in OKENews.

“Australia supports our close partner and neighbor Indonesia in responding to the recent significant spike in Covid-19 cases,” she said.

On 7 July 2021, Australian Foreign Minister Payne spoke with Indonesian Foreign Minister Retno Marsudi and confirmed a rapid health assistance package for Indonesia’s Covid-19 response. The package is part of Australia’s strong support for Indonesia’s Covid-19 response to date. The package includes a $12 million grant in oxygen-related and other medical equipment, including 1,000 ventilators, up to 700 oxygen concentrators, more than 170 oxygen cylinders and various consumables and other medical supplies.

The Australian government chartered the Qantas Airlines plane to transport the 200 citizens from Denpasar to Darwin, which according to the plan, will leave Bali at 3pm.