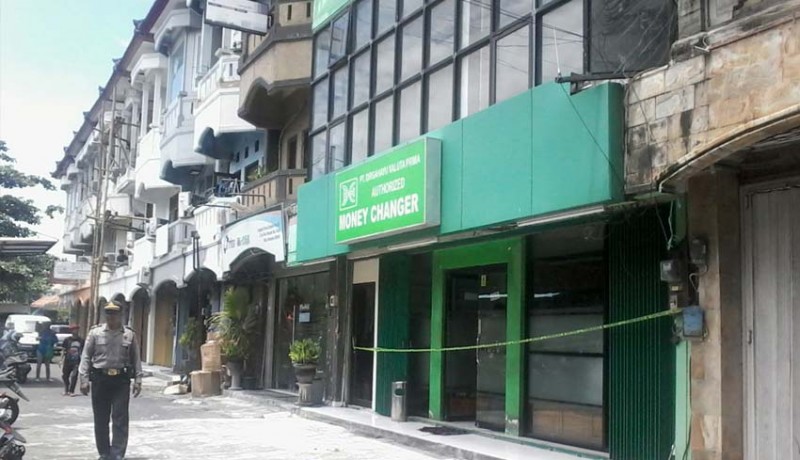 The robbery occurred on Saturday, February 4 at around 10.55 am. Information from the investigation states that the incident began when one of the employees of PT Dirgahayu Exchange, wanted to fix a light bulb in the teller room. At the time, three other employees were also in the room.

The five employees were led to the back of the teller counter where they were handcuffed, and their eyes and mouths covered with duct tape.

The robbers then took approx. RP 811 million in foreign currency and Rupiah from the safe deposit box and counter drawers. After completion of the theft they asked for the CCTV cameras’ server and took the server when leaving the crime scene, leaving the employees bound at the back of the room.

After the robbers left, one of five employees managed to free the other employees.

Police are still investigating the robbery. According to them, the perpetrators were professionals. They appeared to have the site well surveyed as the place and the surrounding location was still quiet at the time of the incident and the action took just 10 minutes.