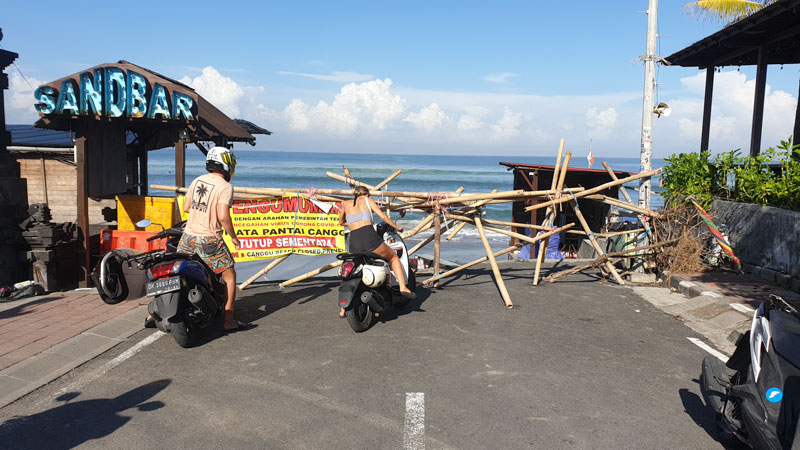 Contrary to what was stated in some international and local press yesterday, Canggu beach is not 100% open to surfers, but there appears to be some clauses, or maybe better said, holes in the barricade.

After checking most beaches along the Canggu coast this morning, Seminyak Times found the streets are still quiet, around half the cafes and restaurants are open, the barricades are still up at the beaches, but the surf is busy with surfers. It was also a glorious, sunny morning.

Since a few weeks ago, the Canggu and other beaches have been more or less open to surfers from dawn to 9am. Surfers were then shunted off the beach by banjar pecalang (local village security) if they lingered longer.

Pereranan pecalang told Seminyak Times that shortly after the beginning of the beach lockdown they decided local Balinese surfers living in the area could go for a paddle, but not the foreigners. No reason was giving as to why that was, but we imagine it was in order to slow more people from mingling around the beach. Slowly that decision has become more flexible to the point that this week it appears that the banjar is turning a blind eye to the matter. However, that could change at any moment and people should be aware of that.

As one foreign surfer said this morning, “We are only guests here, after all.” So it’s best all surfers be mindful of the situation and follow the rules set by the banjar.

9am came along this morning and there were zero pecalang at the barricades or trying to get surfers off the beach.

After riding up to the main road, ST found a dozen or so pecelang officers at a post at the entrance of Pereranan and spoke to one of them about the surfing situation.  “We are concentrating on the returnees from Java, who are possibly bringing the Covid-19 virus back here to Bali. Checking their papers, asking what they are doing here, etc,” said the banjar spokesman.  “We are focusing more on this than the surfers for now. That’s why we are up here near the main road.” 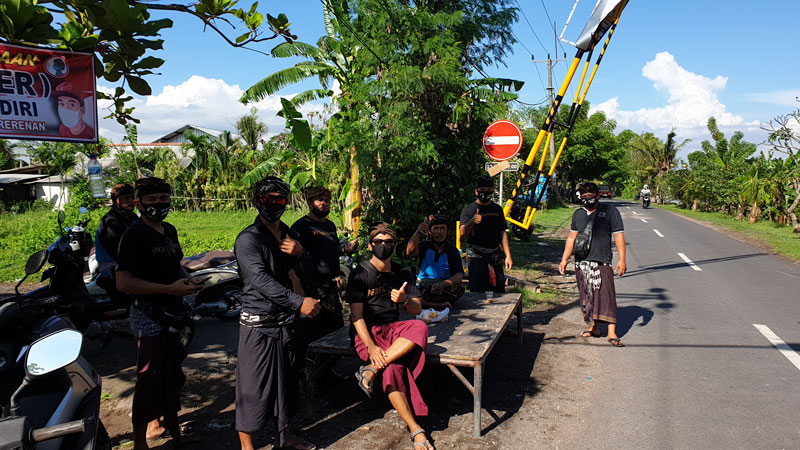 And when asked if the beaches are open. “We still haven’t received any decision from the central government that the barricades should come down. We hope, though, that everything will be back to normal again soon,” he said.

Seminyak Times was told by our Kuta source, Pak Nic that Kuta and Seminyak beaches are the same as always, locked down and surfers were moved on at 8.15 this morning. 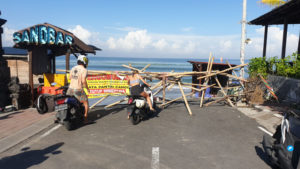 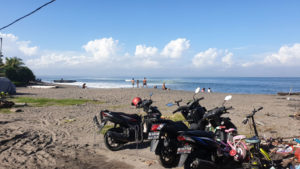 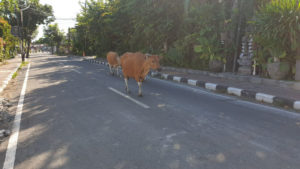 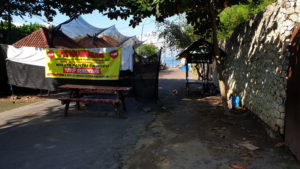 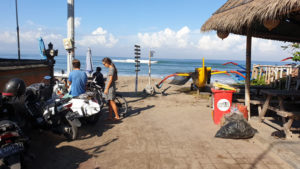 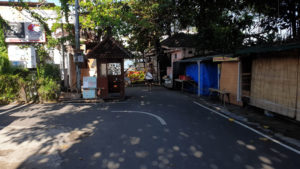 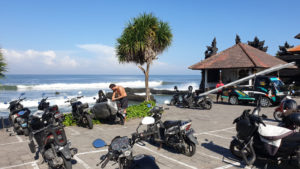 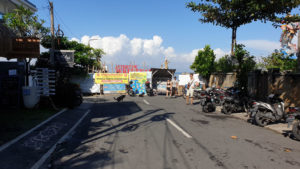 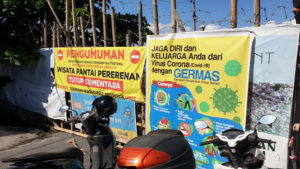 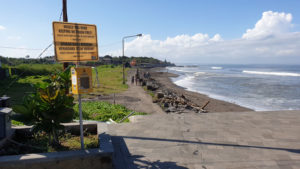 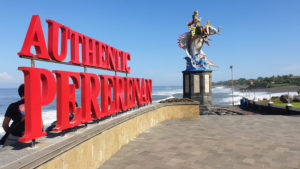