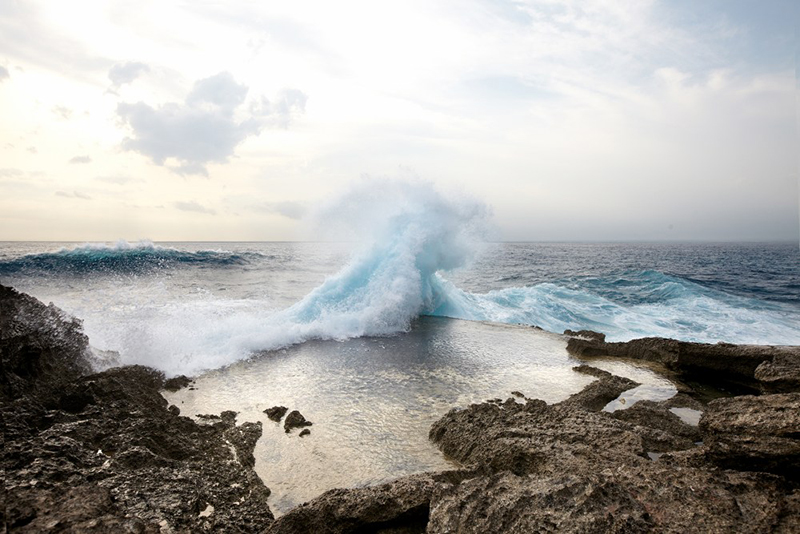 Two Chinese tourists Wu Shanshem, 31, and Yang Lin, 32, fell from a five-meter-high cliff, while trying to take a selfies on the cliffs of Devil’s Tear on Nusa Lembongan, on Tuesday (6/3) afternoon.

The incident occurred at around 12.25 pm, when the two tourists were standing at the edge of the cliff taking selfies, when suddenly large waves marched in and hit the cliffs. Both were dragged down into the sea. Seeing the two fall, other people who were in the area went to help the men.

Soon after, the two hapless tourists were rescued. They didn’t sustain serious injuries, only suffering bruises on the leg and feet. However, according to Berita Bali, the men who saved them, an Australian tourist named Jack suffered abrasions and local resident, Komang Agus Sugiantara, was exhausted and both had to be treated at the Asta Medical Center, Lembongan.


Nusa Penida Police Captain I Ketut Suastika said that Devil’s Tear’s cliffs are steep and the water that blows around the cliffs is high and heavy. “Tourists are often warned to be careful when taking pictures at this place,” he told Nusa Bali.

This incident comes after two far worse social media incidents just last week. A Russian woman fell to her death 200 metres on Nusa Penida and a man searching for his drone fell 25 metres in Uluwatu but fortunately survived.