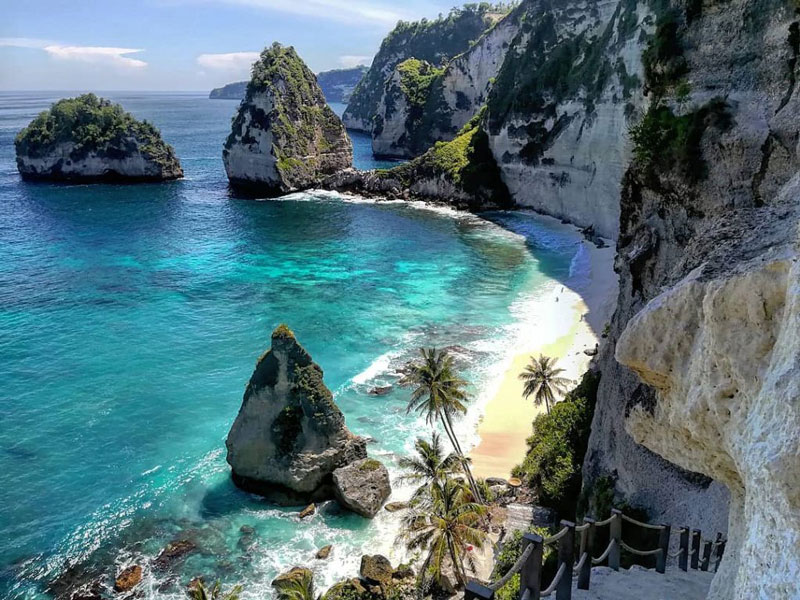 After the tragic death of two foreign tourists in the area on Monday, another tourist was swept away by big waves and drowned at Nusa Penida on Wednesday. It was confirmed by police that Malaysian, Sahfulnizam Bin Jamaludin, 40, drowned while swimming at Diamond Beach, on the southeast side of Nusa Penida.

Witnesses of the incident said that the man had tried to swim back to the beach for an hour, but the current kept taking him back to sea until he finally disappeared from view.

Police spokesman, Commissioner Putu Gede Ardana, said that the man arrived at Diamond Beach with his wife on Wednesday at around 12.30pm. The couple had already spent several days on Nusa Penida.


They relaxed on the beach for a while then the man decided to go for a swim and left his wife on the beach. While swimming near the shore, a large wave suddenly hit him and swept him out to the middle of the sea. “The victim tried to swim back to the beach, but after an hour in the middle of the sea, he finally gave up and drowned,” the local policeman said to nusabali.com.

Witnessing the incident, the man’s wife screamed for help from local residents. At around 2.15pm, two local residents, I Kadek Rano, 25, and I Nyoman Bawa, 23, took a boat out and managed to evacuate the victim.

“When they lifted his body out of the water, he was already unconscious and his body had turned blue,” he added. Later, taken to Nusa Penida Community Clinic, doctors there declared the man dead.

Meanwhile, a Klungkung Regional Representatives member, I Made Jana, told local media that the consecutive incidents (often occurring in the area. Ed) occurred from the community’s creativity when developing tourism. But, on the other side, government could not keep up with the speed of the development. He stated that the government should carry out mapping of tourist destinations that have high visit and high risk rates. “We need to intensify the monitoring. We hope all tourism businessmen and the local community can prioritize the safety of their guests,” he said.

The Head of Klungkung Tourism Board, I Nengah Sukasta, also said that his department had repeatedly advised tourism businessmen, including tour guides, to pay attention to their guests’ safety. The government has installed several warning signs at several Nusa Lembongan and Nusa Penida tourist destinations, too, but the tourists kept ignoring the rules. “We hope the tourists can prioritize their own safety, too” he concluded.