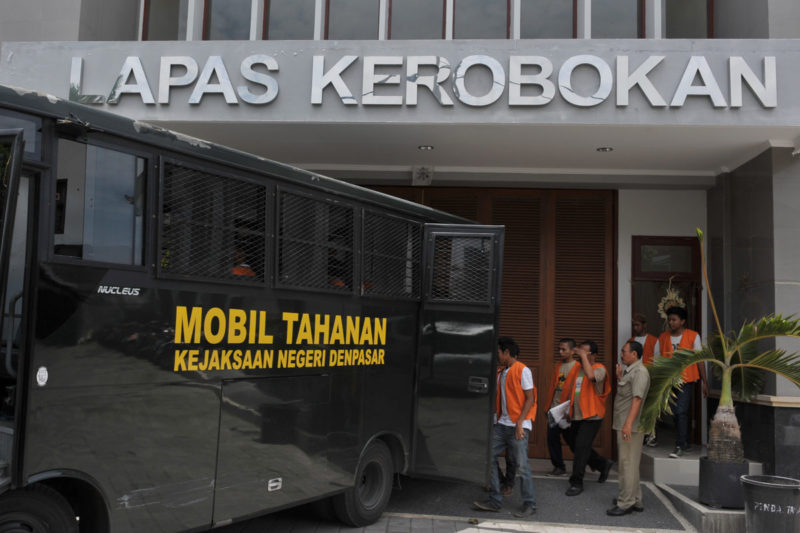 An American, Christian Beasley, escaped from Kerobokan prison last night and is still on the run.

“Yes. Maybe he escaped through the roof, but we are still investigating the scene,” the head of the Criminal Investigation Unit of North Kuta Police, Lt. Putu Ika Prabawa, said to balipost.com.

The news about Beasley’s escape was known from his fellow prisoners in the prison. When the prisoners woke up this morning, they discovered the man was gone.

“The other prisoners reported him missing to the prison wardens, then it was reported to Badung police station,” said a Radar Bali source in the police.


Beasley was first detained in August when receiving hashish that was sent to a post office on Jalan Sunset Road, Kuta. It’s alleged that there were four packages and there was 5.71 grams of hashish in one of them.

The man was in court for the first time last Tuesday and the trial was due to resume tomorrow, Tuesday (12/12).

The head of Badung police, AKBP Yudith Satriya has commanded his officers to not stop until they find the man. Besides, police hoped anyone that knows the criminal’s location to report it to the nearest police station.

“Photos of prisoner have been deployed at land and air exits, and we encourage the public to immediately report the man if seen,” he said.

Four foreigners escaped the prison through a tunnel back in June this year, with two still being at large.