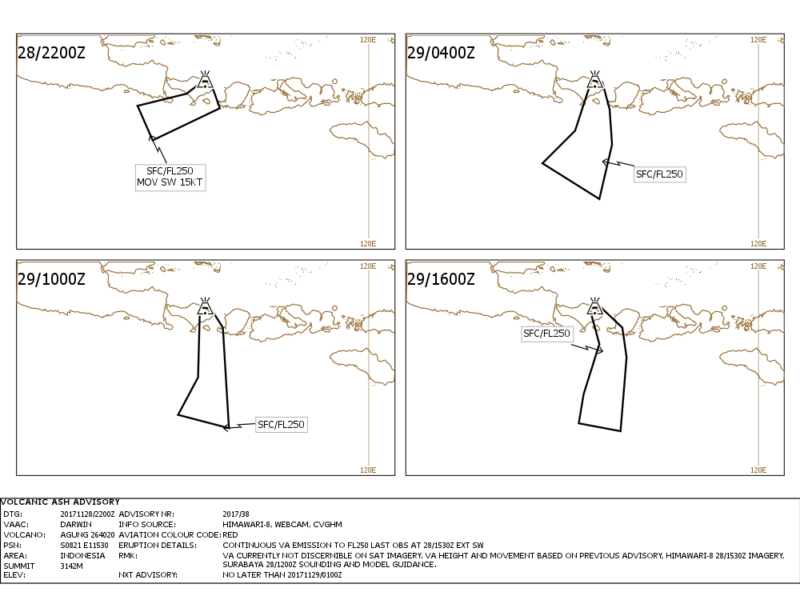 Ngurah Rai International Airport officials have said the closure of the airport will continue until Thursday (30/11/2017) at 7am because volcanic ash still covers the airport airspace.

“We are evaluating the development of the volcano ash dispersion and wind direction every six hours,” said Head of Public Relations Division of I Gusti Ngurah Rai International Airport, Arie Ahsanurrohim, Wednesday (29/11/2017) as quoted by Antara.

According to Arie, the extension of 24 hours closure came about through an evaluation meeting discussing the impact of Mount Agung eruption involving all stakeholders and authorities at the airport.

The meeting was held at 1am to evaluate the airport operations based on reports from the Volcanology and Geological Hazard Mitigation Center (PVMBG), BMKG, Volcanic Ash Advisory Center (VAAC) in Darwin Australia, pilot reports and test results at the airport.

Arie explained that based on meteorological observations from VAAC, the volcanic ash cloud has reached about 25 thousand feet moving south-southwest at a speed of 15 knots and is still heading towards I Gusti Ngurah Rai Airport.

Head of BNPB Data and Public Information Center Sutopo Purwo Nugroho told reporters yesterday that the low pressure system south of Java is not only causing havoc in that part of Java but also causing the volcanic ash of Mount Agung to follow the tropical cyclone motion. 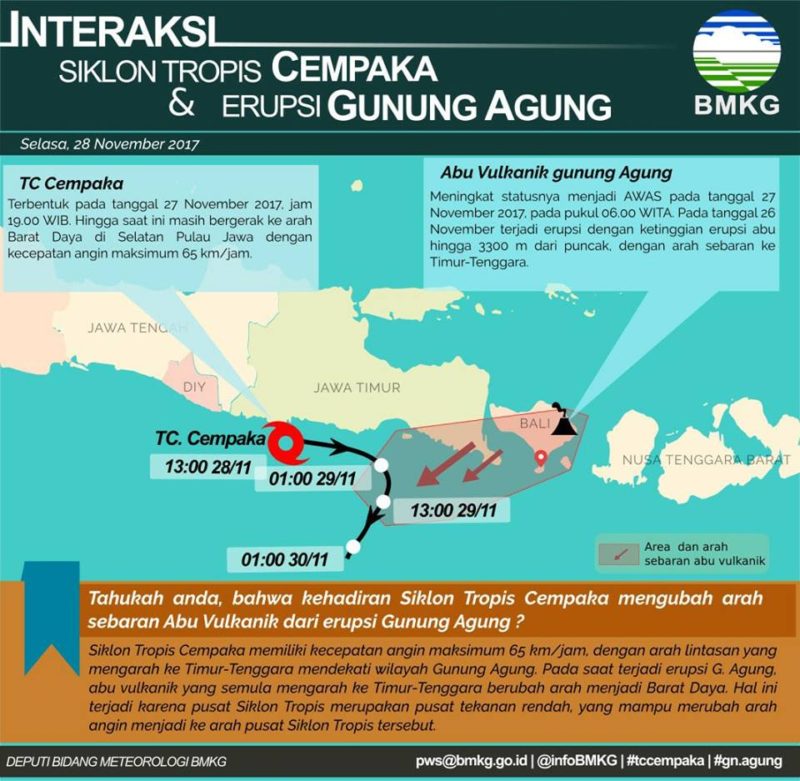 According to windy.com, the winds around Bali are beginning to turn and come from a westerly direction, but slowly, and the latest VAAC forecast (above) would seem to confirm this. The winds are still light and fluctuating.

(Hopefully the winds will pick up soon from the west. Ed.)