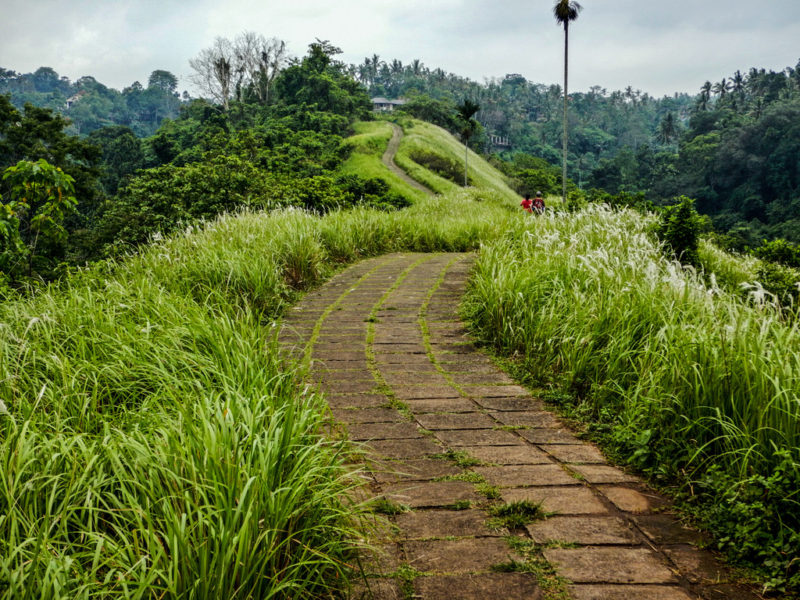 A foreign woman was found dead in a secluded area of Tukad Wos River, near Campuan River, Kedewatan Village, Ubud, on Saturday.

The evacuation process of the Swiss woman, Martina Brunett, 47, took a long time due to the steep terrain in the area. The Head of Ubud Polsek, Commissioner Raka Sugita, explained when he was called by reporters on Sunday that based on the witness testimony, the victim looked confused several days before the incident. “They saw the victim looking dazed and a little confuse. They also wondered why the victim went to bushes in this area alone,” he said.

He said that witnesses saw the woman’s strange behaviour starting from Friday. She should have checked out from her hotel on Friday but couldn’t be found. “When they checked the room, her belongings were still there, which indicated that the victim was still in Bali,” he said to balipost.com.

Police Commissioner Raka Sugita said that one of her family members, Indonesian actor, Darius Sinathrya, tried to contact the victim, but there was no answer. He then decided to contact the hotel management.

“After she was searched for, a local resident found a dead body on Tukad Wos, which was confirmed to be the woman,” he said.


When Darius got the information, he came to Bali to confirm the identity of the dead body. The evacuation was made by a joint team of police, army, and Gianyar Regional Disaster Department (BPBD) officers.

“The evacuation process took a long time,” he said. “The terrain was very steep. We received the information in the afternoon, but we could only complete the lift by 11pm,” he said.

The police questioned several witnesses, one of them being a hotel employee, I Wayan Aldi Kurniawan. “He said that the woman first arrived on Wednesday. According to the witness, the victim’s behavior was a little strange,” he said.

Police Commissioner Raka said that after questioning several more witnesses, it was concluded that the incident was purely an accident. The victim was walking at the time and slipped, and fell. Martina’s body has been taken to Sanglah Hospital for autopsy.