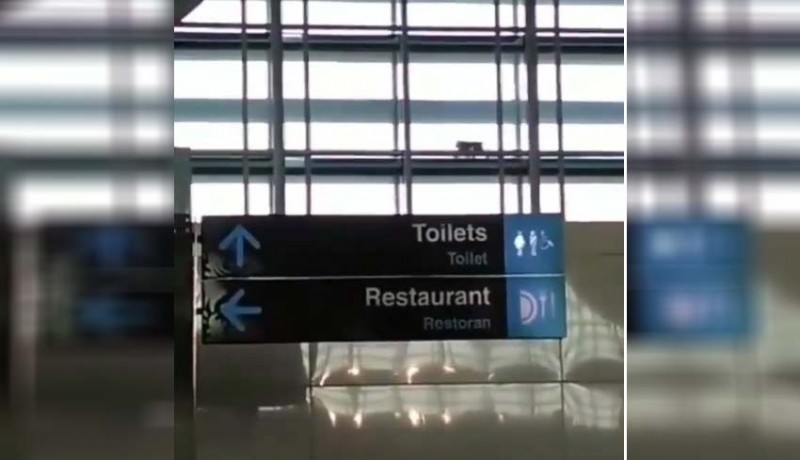 International arrival passengers at I Gusti Ngurah Rai International Airport have been bemused by a monkey wandering around in the airport roof recently. Natural Resource Conservation Board (BKSDA) officers have been more worried about it and have tried to catch the monkey for a week, but the little fella always managed to escape.

When the Aviation Security (Avsec) discovered there was a monkey in their building, they coordinated with BKSDA to catch the monkey. However, they couldn’t catch it because the monkey was in an area that was difficult to be reached. “We already received a report about it. We have tried to catch it several times, but the monkey always managed to escape,” the Head of Bali BKSDA, I Ketut Catur Marbawa, said to nusabali.com on Friday night.

Ketut explained that the monkey has been there for more than a week and BKSDA assigned an officer to shoot it with a tranquilizing dart, but they still couldn’t catch the monkey.

Ketut admitted that his side had a problem with the height when they tried to catch the monkey, and the monkey could become a serious problem for passengers.

“All of the parties involved must work together. We will search its whereabouts if we get the permission,” he said. Meanwhile, Ngurah Rai International Airport Communication and Legal Section Head, Arrie Ahsanurrohim, suspected that the monkey came from the wildlife park which is close to the airport. But, he didn’t want to comment when he was asked about the procedure to catch it. “If you want to know about it, please contact BKSDA,” he concluded.