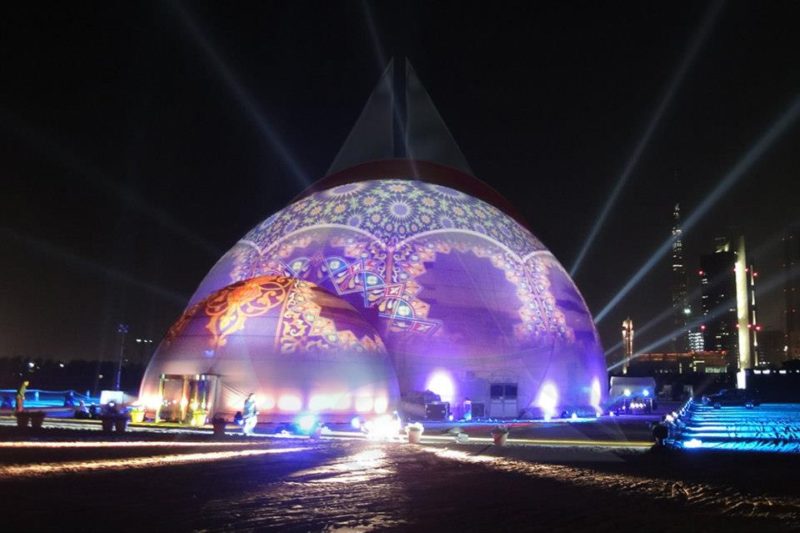 The multipurpose dome that can be a 360-degree cinema, a multifunctional room, and a key tourist attraction will be opening its doors in December 2017.

“This kind of dome doesn’t yet exist in Indonesia and we believe it can also become a famous tourism arena for Bali and Indonesia,” said ITDC Vice President Director Jatmiko K Santosa, during a dinner at Hotel Melia Nusa Dua, on the weekend, as reported Kompas.

Some of their famous projects include a giant dome in China, a fountain equipped display in Suntec, Singapore, laser installations in Sydney, Australia, and many more around the world.

The giant dome that will be presented in ITDC, Nusa Dua is semicircular and can contain 1200 people inside.

The dome can operate as a full screen, 360 degrees inside or outside the dome. In addition, the dome theater can also be utilized for commercial and private events.

A smaller dome was presented at the recent Mandiri Nusa Dua Fiesta held from 11-15 October 2017 as an introduction to visitors.

Jatmiko mentioned the plan is that the semi-permanent dome will be in position for three years, and due to the high technical costs, the dome will have an entrance fee.