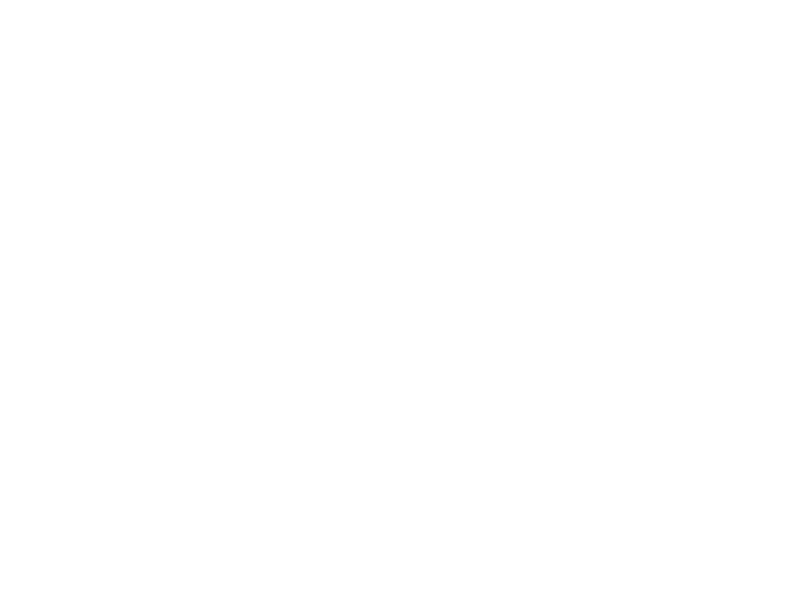 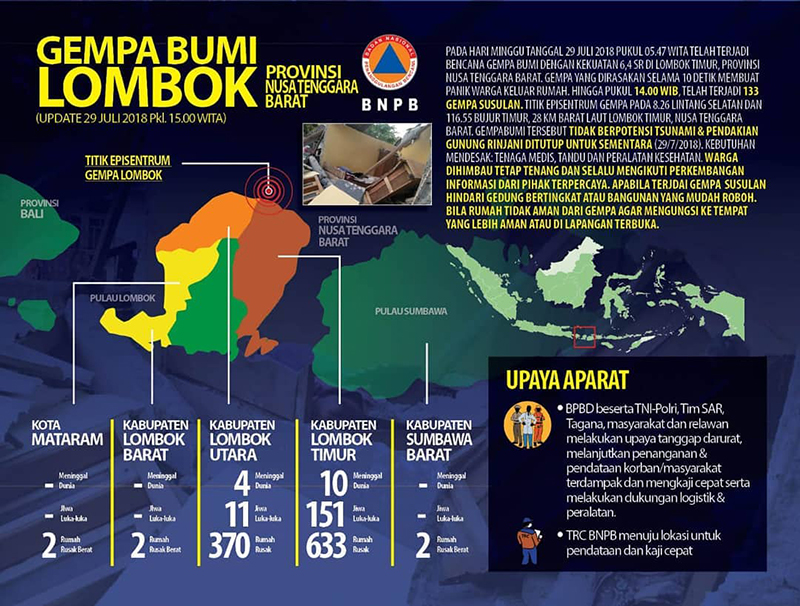 The earthquake that hit north Lombok yesterday, which registered 6.4 on the Richter Scale and was felt all over the region including Bali and Sumbawa on Sunday at around 6.47am (Bali time) was followed by several minor tremors all day long.

The Indonesia Meteorology, Climatology, and Geophysics Board (BMKG) recorded 124 minor earthquakes until 2pm, with none of them causing damage nor potential tsunamis.

The Head of the National Disaster Management Board (BNPB) Public Relations, Sutopo Purwo Nugroho, said at a press release on Sunday afternoon that there were 14 people dead, 162 people injured, and thousands of homes damaged from the earthquake.

The biggest impact was in the East Lombok district where there were 10 people killed, with one of them a Malaysian woman, Isma Wida, 30, who was hit by a falling house wall – not climbing as was first reported.

Besides that, 67 people were seriously injured while hundreds more received minor injuries and more than 1000 homes were damaged.  “We are still collecting data,” he said.


Meanwhile, on North Lombok, four people died while another 38 were severely injured.

“Temporary data said that there were 41 badly damaged homes in that area, with another approx. 200 homes moderately or lightly damaged. There were 6,237 households impacted by the quake in total,” Sutopo said.

He also said that there were some damaged homes in the West Lombok district, West Sumbawa district and Mataram.

Sutopo said that state infrastructure like communications, roads, electricity and the other important utilities are still functioning well.

Rescuers set off on Monday morning to help about 500 climbers who became stranded at two points on Rinjani Mountain, Indonesia’s disaster agency said, after landslides caused by the powerful earthquake blocked some trails off the peak. There were 826 climbers on Rinjani Mountain, making the two-day trek to the top and back, according to Rinjani Mountain National Park Board (BTNGR) and some of them were foreigners. Senaru Resort BTNGR reported that 115 foreigners have come down to Senaru, North Lombok District.

“The evacuation is being carried out by BTNGR officers, Mataram Search and Rescue Team, NTB Polri Brimob, and volunteers,” Sutopo concluded.